"That's my way of welcoming them — the L.A. hoodie for Harry," artist Keith Biele tells PEOPLE

Prince Harry has officially made it to the streets of Los Angeles!

As the Duke and Duchess of Sussex close out their chapter of royal life in the U.K. and set down roots in Meghan Markle’s hometown of Los Angeles, graffiti artist Keith Biele decided to welcome the couple through his art.

On April 2, Biele debuted his work, which features the red-headed prince with his hands in the pockets of a blue hoodie (in true L.A. fashion!) that reads, “Keep Calm and Wash Hands.” Accompanying Harry is a blue French bulldog to his left and an orange pitbull on the right that carry messages of peace.

“That’s my way of welcoming them — the L.A. hoodie for Harry,” Biele tells PEOPLE.

Biele, 51, says he felt compelled to create the portrait in response to President Donald Trump’s tweet that “the U.S. will not pay for [Harry and Meghan’s] security protection,” despite the royal couple’s previous remarks about how they will no longer want to rely on public funds moving forward.

“I didn’t like the way the President welcomed them to the country by saying, ‘Hey, we’re not going to pay for your security,’” Biele, who has been a graffiti artist for almost 10 years, tells PEOPLE. “So I wanted to try to find a way to use this image and welcome them at the same time to make a comment and a little public service announcement to everybody.”

Inspired by the motivational poster created by the U.K. government in 1939 in preparation for World War II, Biele opted to create his own spin on the “Keep Calm and Carry On” saying by switching the last half of the catchphrase to reflect the coronavirus pandemic.

“I wanted to use their saying and put ‘Wash Your Hands’ in there to update it with what’s going on with the COVID-19,” Biele, who lives in Encino, a neighborhood in the San Fernando Valley region of L.A., tells PEOPLE.

The portrait, located in the intersection of Franklin Avenue and Beachwood Drive in the Los Feliz neighborhood, is one of many graffiti murals that contribute to the artistic culture of Los Angeles.

When he’s not focused on his art, Biele also flips homes with his actress-turned-filmmaker wife Daniela Amavia, who wrote and directed the indie film A Beautiful Now, starring Meghan’s good friend Abigail Spencer. He’s also a father to 9-year-old twins and the co-host of the Paint the Town podcast alongside his friend James Shen, which features interviews with various street artists.

Prince Harry and Meghan arrived Los Angeles last month, and Biele believes his work may be one of the first to pay tribute to the couple.

“I haven’t seen any other pieces. Mind you, these days, I haven’t been out and around,” Biele said. “But of all my contemporaries here in the town, I think I’m one of the first ones, if not the first one to do a Harry piece.”

He adds, “I would love to see more stuff of him done because I think he’s an inspiration to kids that are in the new generation. To me, Harry is kind of a hero. Instead of being the spare, mind you, he’s doing his own thing. I think that’s great.”

Meghan and Harry — along with their son Archie, who will turn 1 next month — relocated from Vancouver Island to a secluded compound in L.A. before the United States’ border with Canada was temporarily closed to nonessential travel on March 21.

A source previously told PEOPLE that the Duke and Duchess of Sussex, who officially left their royal roles on March 31, have not ventured out of their new Los Angeles home amid the coronavirus pandemic.

Biele believes the overall response to the arrival of Meghan and Harry in L.A. has been positive.

“I think that we’re pretty stoked to have them here. I mean, when you have a couple like that living amongst you, in my opinion, it kind of raises the bar,” Biele says.

“It raises the level of what you want to aspire to,” he adds. “At least, for me, when I’m around people that I have a lot of respect for who’ve done amazing things, it causes me to want to be like that also.” 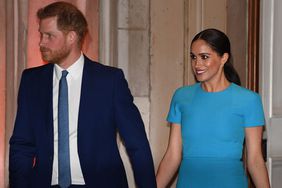 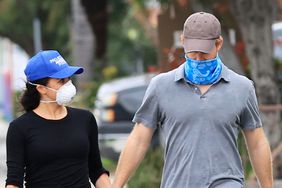 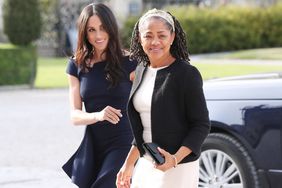 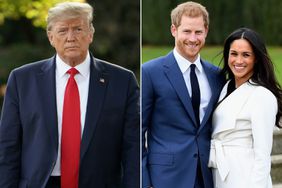