Did Prince Harry Have a Crush on Meghan Markle for Two Years Before They Met?

Prince Harry and Meghan Markle's romance may have been two years in the making!

Prince Harry and Meghan Markle’s romance may have been two years in the making!

In a Channel 4 special set to air Friday in the U.K., royal expert Katie Nicholl claims that the prince described the Suits star as his “ideal girl” two years before they met last year.

“He had a crush on [Markle’s character] Rachel Zane two years before he met Meghan and the reason I know is because I was having drinks with one of his friends,” Nicholl says in the special, When Harry Met Meghan: A Royal Romance.

“She told me she’d been on a night out with Prince Harry. He was single at the time, so she said, ‘Harry, who’s your ideal girl?’ And he said ‘Meghan Markle from Suits.’ ”

The L.A.-born actress began starring in the USA Network legal drama in 2011 and is currently filming the eighth season in her adopted hometown of Toronto.

The couple, who met July 2016,made their public debut as a couple at the Invictus Games in Toronto, where they held hands at a wheelchair tennis event and spent time with her mom, Doria. Before the games, Markle had spoken in a way that no other royal girlfriend or boyfriend had done so before, saying they were “two people who are really happy and in love.”

According to reports, the couple recently visited Buckingham Palace for a private tea with Harry’s grandmother Queen Elizabeth.

Spokespeople at Kensington Palace and Buckingham Palace declined to comment on the report.

There is critical significance in Markle’s meeting with the Queen. Harry is fifth in the line of succession (he’ll be pushed to sixth after William and Kate welcome their third baby this spring), meaning he has to have the monarch’s permission to wed.

There had been rumors that the Suits star and the Queen may have met earlier — during a visit to Balmoral Castle in Scotland.

And if there is any doubt that Harry would need to worry about securing his grandmother’s approval, one inside source tells PEOPLE he would be in the clear. “If Harry asks for something, she would say yes as she adores him,” the source says. 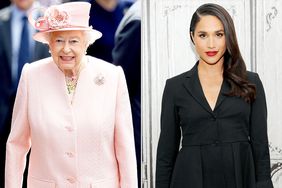 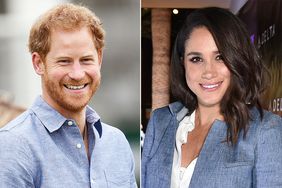