The Duke of Sussex was seen riding an electric bike through the streets of Montecito, California

Nearly two weeks after the Duke of Sussex, 36, and his wife, Meghan Markle, made headlines for their joint interview with Oprah Winfrey, Prince Harry was seen on an outing for the first time since.

Hitting the road in Montecito, California, Harry was spotted riding an electric bike through the streets as he was followed closely behind by a security team.

For the outing, Harry wore a matching black ensemble, composed of a black hooded sweatshirt and black pants, as well as a baseball cap, sunglasses and a face mask amid the ongoing COVID-19 pandemic.

Harry's daytime outing comes about after he and Meghan, 39, spoke with Winfrey, 67, on CBS on March 7.

Among many stunning revelations in the interview, Meghan said she had suicidal thoughts and that there were "concerns and conversations" within the royal family about how dark her son Archie's skin might be.

Earlier this week, Winfrey's friend, Gayle King, revealed that Harry and his brother, Prince William, were in touch last weekend following Harry and Meghan's candid conversation. "The word I was given was that those conversations were not productive," she told CBS This Morning on Tuesday. "But they are glad that they have at least started a conversation."

"And I think what is still upsetting to them is the palace keep saying they want to work it out privately, but yet, they believe these false stories are coming out that are very disparaging against Meghan, still," King, 66, added.

Since Meghan and Harry's interview, Buckingham Palace responded with a statement of their own.

"The whole family is saddened to learn the full extent of how challenging the last few years have been for Harry and Meghan," read the statement, which was released by Buckingham Palace on behalf of Queen Elizabeth.

"The issues raised, particularly that of race, are concerning," the statement continued. "While some recollections may vary, they are taken very seriously and will be addressed by the family privately. Harry, Meghan and Archie will always be much loved family members."

William also recently hit back at the racism claims against his family, telling a Sky News reporter earlier this month, "We are very much not a racist family," as he and wife Kate Middleton stepped out for the first time since the royal family was stunned by the interview. 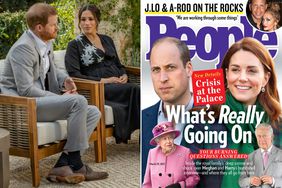 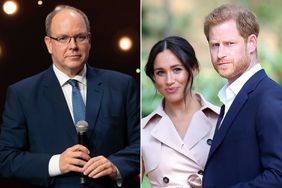 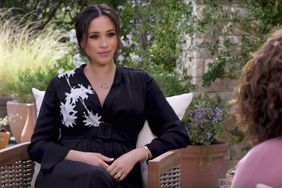 Meghan Markle Has Proof of 'Everything' She Said in Oprah Interview, Says Gayle King 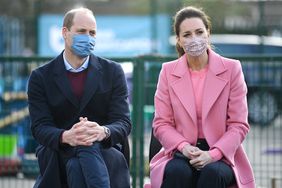 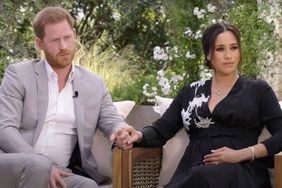 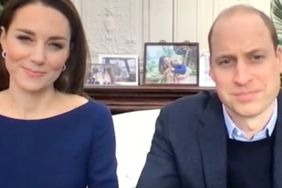