All About Prince George's Cozy Spanish Sweater from the Royals' Christmas Photo – and It's On Sale!

It looks like Prince George is taking style tips from his little sister and is flying the flag for upmarket Spanish designers, just like 7-month-old Princess Charlotte.

“We are so glad!” designer Fina Ejerique tells PEOPLE exclusively. “It was a total surprise to see Prince George in our jumper.”

The festive design (which also comes in brown) is currently on sale for just $32 on Margarita and Co.

Since the brand only sells to shops through wholesale and customers cannot buy directly from them, Ejerique has no idea where the garment was purchased. And while the sweater doesn’t have an official name, “maybe from now on, it can be called ‘George’ ” said the thrilled designer.

Worn over a plain white polo top, the cozy sweater was paired with a set of navy cotton shorts from Mayoral, another Spanish-based brand Kate clearly likes as George has worn the classic chino-style shorts several times before. And of course George’s signature knee-high socks from Kate’s favorite kids boutique Amaia (whose co-owner, Amaia Arrieta, is herself Spanish) were keeping his legs warm in the October chill.

While Spanish-born nanny Maria Teresa Turrion Borrallo may be having a sartorial influence on her two charges, it’s no surprise that Kate, who herself favors an understated chic style, has favored Spanish retailers for her children.

“There are not many British kids brands today doing classic clothing like this. It s traditional but the cut is a little bit more modern” Arrieta tells PEOPLE. “The kids in Spain are always immaculate and it does have a great reputation for kids fashion.” 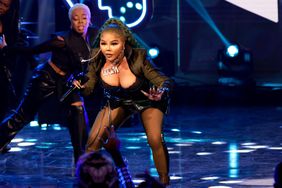