Prince George will celebrate his 7th birthday on Wednesday

The future king will celebrate his birthday on Wednesday, and ahead of his big day, his proud parents, Prince William and Kate Middleton, have released two new portraits taken by the Duchess of Cambridge.

"The Duke and Duchess of Cambridge are delighted to share two new photographs of Prince George ahead of his seventh birthday tomorrow," a statement from Kensington Palace read.

George, who has been spending the lockdown with his family at their country home in Norfolk, is all smiles in the two shots, showing off his summer tan and sun-kissed blond hair.

The young prince looks casual in a camo t-shirt for one of the outdoor shots. He sports a toothy grin and a dark green polo shirt paired with blue pants in another photo.

"My children have bottomless pits," Kate told BBC Breakfast about George, Princess Charlotte, 5, and Prince Louis, 2. "I feel like a constant feeding machine."

The energetic young prince was recently seen in pictures climbing all over playful dad William to mark Father's Day.

And as he reaches his latest milestone, one of George's godparents gave a little insight into his developing personality.

He is "amazing," says Julia Samuel, who was a close friend of George's late grandmother, Princess Diana. "He's funny and feisty and cheeky and God she [Diana] would have loved him so much," she said in an interview with the podcast, How To Fail With Elizabeth Day. "That is heartbreaking for all of them."

Samuel said she likes to keep Diana's sense of humor going for the young prince.

"I do to George what [Diana] did to us, which is give impossible toys that are really noisy and take a lot of making," Samuel said about marking the little royal's birthdays. "I come in slightly tipped by the size of the present that William then has to spend days putting together. And then put all the machinery together, and it makes awful tooting noises and lights flashing and all of that."

"That makes me laugh, and it makes George laugh," she added.

William and Kate released official portraits for every one of George’s birthdays. When he turned 1, they issued a set of beautiful photos of him and his parents taken at London’s Natural History Museum at a butterfly exhibit.

Last year, the young soccer fan was shown in an England soccer jersey and a green polo shirt. 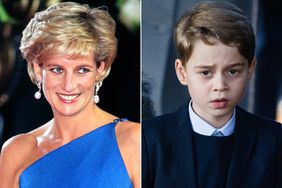 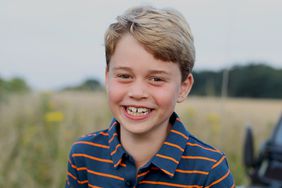