For much more on William and Kate’s family life and all the sweet christening portraits, pick up this week’s PEOPLE, on newsstands Friday

Prince George is taking his royal cuteness straight to the bank!

In honor of his upcoming second birthday on July 22, the Royal Mint is releasing a limited edition commemorative 5 (about $8) coin.

The sterling silver coin, which is valued at 80 (about $125) and limited to just 7,500, features the legend of St. George and the dragon on one side, and a portrait of George s great-grandmother, the Queen, on the other.

The modern-day prince s coin bears one of the most beloved classic tales of the patron saint of England. According to the Golden Legend (circa 1275), St. George protected himself with the sign of the cross to slay a dragon and rescue a princess.

The historic design got the royal stamp of approval by Prince William, Princess Kate, the Queen and Chancellor George Osborne.

Shane Bissett, director of commemorative coin and bullion at the Royal Mint said: “The choice of the St George design to honor Prince George’s birthday is an apt one – the name George has long had links with the British monarchy and its coinage, there having been six kings of that name during the Royal Mint’s 1,000 year history.

“The choice of a silver 5 coin is significant too as the tradition of crossing the palm of a new born baby with silver is a way to wish them wealth and good health throughout their life.”

George isn t the only little royal to receive his own coin. The Royal Mint also introduced a special commemorative coin featuring two harp-playing cherubs to mark the christening of his sister, Princess Charlotte.

The young siblings already have an impressive coin collection between the two of them – the Royal Mint released a coin on George s first birthday and another one for his christening in 2013. And the Royal Mint produced four coins to celebrate Princess Charlotte s birth.

With all that pocket change, a royal piggy bank might be the perfect birthday gift for George! 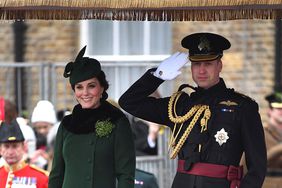 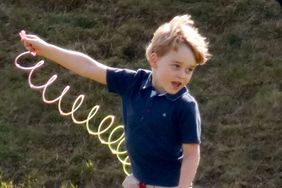