A new book claims the royal hoped he would "learn to love" his future wife, Princess Diana

Prince Charles and Princess Diana‘s seemingly fairytale beginnings was anything but, and now a new book claims the royal hoped he would “learn to love” his future wife, Princess Diana, when he decided to propose.

Charles wed Diana in July 1981 in a lavish royal ceremony after a whirlwind courtship that started barely a year earlier. Astonishingly, the couple only had around 12 dates between the summer of 1980 and when he popped the question in February 1981, according to Sally Bedell Smith, the author of the biography, Prince Charles: The Passions and Paradoxes of an Improbable Life.

Diana immediately accepted his proposal and Charles thought that he could make the union work.

“He was obviously anguished, and he said she was someone I could learn to love,” Bedell Smith tells PEOPLE.

“He looked to his grandparents, which wasn’t a love match at the outset and thought if they can do it and build a good marriage then I can do it too.”

After a series of girlfriends, a stated wish that he wanted to wed at around age 30 (he was 31 at the time he proposed) and a letter from his father that he interpreted as pressure to make up his mind, Charles decided on Diana.

But Diana didn’t have a real chance to get to know her husband-to-be.

“I was stunned when I combed over the chronology they had only been together 12 times [before their engagement],” Bedell Smith says. “After they got engaged, he went away for six weeks. He was dutifully plunging ahead with his schedule and she wanted him to be around and available and support her.

“There she was in Buckingham Palace, which is more like a big office building than anything and forbidding for a 19-year-old.”

Diana also wasn’t ready though for her new status and the celebrity that would follow.

“I learned how traumatic her childhood was and how scarred she was by her parents’ divorce,” Bedell Smith says. “Her bulimic episodes began when she was a teenager and under stress.

“I don’t see him as a cynical person, he thought he could learn to love Diana as his grandmother and grandfather learned to love each other and had a great marriage. But because of their fundamental incompatibility and the age gap and her emotional turmoil, it was doomed before they walked down the aisle of St Paul’s Cathedral.”

She adds that Princess Kate, the wife of Diana’s son Prince William, was better prepared – a lesson possibly learned from the past.

“If she had had Kate’s confidence and solid upbringing and nurturing family and academic success – all the things that have helped Kate integrate so seamlessly,” Bedell Smith says. 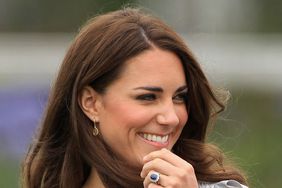 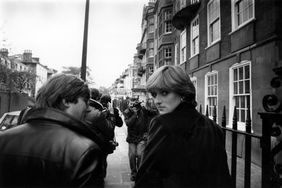