Prince Charles is reportedly realizing his brother Prince Andrew's position as a royal is unrecoverable as the Duke of York faces escalating scrutiny over allegations of sexual abuse.

"This will be unwelcome reputational damage to the institution" of the monarchy, a source close to Charles told the Times of London on Thursday.

The source noted that though Charles "loves his brother and has the ability to have sympathy for the slings and arrows that his brother endures," the Prince of Wales "long ago concluded that it is probably an unsolvable problem."

Added the source, "This will probably further strengthen in the prince's mind that a way back for the duke is demonstrably not possible, because the specter of this [accusation] raises its head with hideous regularity."

Prince Andrew, 61, announced that he would be "stepping back" from public duties after a poorly received 2019 BBC interview in which he addressed his relationship with disgraced financier Jeffrey Epstein and accusations by Virginia Roberts Giuffre that she was forced to have sex with Andrew three times between 1999 and 2002 in London, New York and on a private Caribbean island owned by Epstein, who died in prison in August 2019.

For more on Prince Andrew not returning to royal life as British police review sexual abuse claims other top stories, listen below to our daily podcast PEOPLE Every Day.

During much of the time frame in which Giuffre has alleged non-consensual sexual encounters, she was under the age of 18. In particular, a photograph thought to have been taken inside the London home of Epstein's associate Ghislaine Maxwell on March 10, 2001, shows the Duke of York with his arm around the waist of Giuffre, who would have been 17 years old at the time.

The royal claimed in the BBC interview that he had no memory of the encounter: "I have no recollection of ever meeting this lady, none whatsoever. It just never happened."

But the accusations have been renewed this week as Giuffre filed a lawsuit on Monday in New York, citing the Child Victims Act.

In a statement shared with PEOPLE, Giuffre said, "As the suit lays out in detail, I was trafficked to him and sexually abused by him."

The statement continued, "I am holding Prince Andrew accountable for what he did to me. The powerful and rich are not exempt from being held responsible for their actions. I hope that other victims will see that it is possible not to live in silence and fear, but to reclaim one's life by speaking out and demanding justice."

Spokespeople for Prince Andrew said they had no comment when reached by PEOPLE.

Reports of Prince Charles' breaking point with his brother emerged as Scotland Yard confirmed it will review Giuffre's allegations against Andrew for a third time.

On Thursday, Metropolitan Police Service Commissioner Cressida Dick told British outlet LBC, "I'm aware that currently there is a lot more commentary in the media and [an] apparent civil court case going on in America. And we will, of course, again review our decision.

While Dick said there is no current investigation, with the claims against the Duke having been assessed twice previously, she did note, "We are, of course, open to working with authorities from overseas. We will give them every assistance if they ask us for anything — within the law, obviously. And as a result of what's going on, I've asked my team to have another look at the material. No one is above the law." 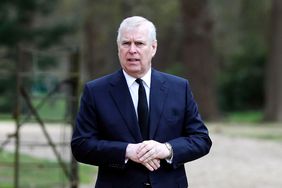 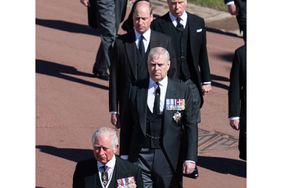