Monaco's Twins Know Their ABCs but Not Their XYZs, Says Dad Prince Albert

"They're doing them in French and English," the royal dad tells PEOPLE

Monaco’s 19-month-old royal twins, Prince Jacques and Princess Gabriella, are enjoying the same summer fun as kids around the world: splashing around in the family pool.

“They’re doing great!” their father, Prince Albert, tells PEOPLE, adding that the twins swim twice daily, are learning their ABCs and have begun playing with others in daycare.

“They’re roaming around, starting to ,” he says. “They almost know their ABCs and numbers. Gabriella is good with her numbers.”

How well do they know their ABCs? And in which language?

“Well, there’s a little hesitation before XYZ now – but that should be gone in a few days,” he says, calling from the family’s working farm, Roc Agel. “They’re doing them in French and English. We’re speaking mostly English. Gabriella’s really very good with her numbers. Jacques is a little bit lazier but he catches up fast and will pass her.”

As for the pool, “They’re in there twice a day,” he says. “I try to make the late afternoon swim with them.”

Taking after her Olympian mom, Gabriella has proven the more adventurous swimmer. “She likes putting her head underwater more than Jacques does.

“They play well together,” he adds.” And a lot – but there always comes a moment when they want to play with someone else.”

In fact, the twins are already making new friends. “Actually they’re in a daycare center a couple of times a week now,” says the royal dad. “That’s been exceptional because that way they get to play with others their own age. And they’re really very sociable.”

“I think I’ve only ever seen them cry three, maybe four times. And that’s both of them. Total.”

Being dad to two growing children, Albert has discovered comes with small drawbacks and big reward.

“The beautiful thing is when they say, ‘Daddy’ and reach up for you to pick them up and want you to hold them. But when that happens at 8 or 9 in the morning when you have to go to the office, it’s a little tough.”

On the other hand, he admits, “babies are a great excuse to cut anything short. No one argues with that. No one. I figured that out myself.” 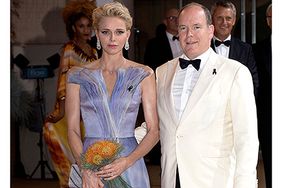 Princess Charlene Dazzles in a Lilac Gown at Red Cross Gala: 'She Likes to Surprise Me,' Says Prince Albert 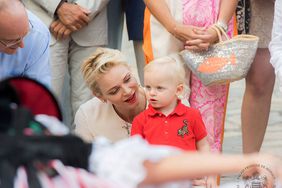 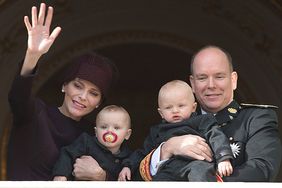 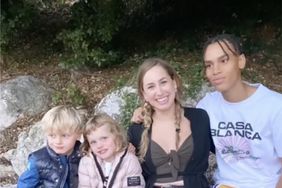