She did it! The sporty royal sibling braved "big waves" to complete the legendary Otillo Swim Run Championship

Pippa Middleton beamed with pride as she crossed the finish line at the Otillo swim-run in Sweden on Monday evening.=

“It was one of the hardest things I’ve done!” said the tired but exhilarated royal sibling, who came through the finish line with teammate Jons Bartholdson, brother James Middleton, 28, and his teammate James Matthews.

In windy weather conditions that were less than ideal, Princess Kate’s sporty sister came 82nd in the final leaderboard completing the course in 13 hours, 4 minutes and 24 seconds. She previously said she anticipated taking at least 12 hours to finish.

As if the challenge of the 47-mile course over rough terrain wasn’t enough to contend with, competitors had to cope with a strong north-west wind that made crossing the chilly open waters of the Baltic Sea, much more difficult. “The toughest part was the long swim with the cold water and big waves,” said Pippa. She added: “But the scenery was beautiful and I love the team part of it.”

Having got up at 4 a.m. (the day after her 32nd birthday no less) to start the legendary 47-mile endurance event, Pippa was seen smiling throughout the race. At one point she even gave the cameras a thumbs-up as she “island-hopped” over 26 islands in the Swedish archipelago and completed over 50 transitions from land to water.

Ever the pro, the royal sibling was clever enough to train on the terrain prior to the event. “She actually came here to train for the race which is probably the smartest thing that anyone taking part in this can do,” revealed the commentator on the live feed of the race’s website, who added: “She’s not here to win the race – she’s here to raise money for charity.” (Three teams raised funds for the Michael Matthews Foundation, set up in honor of James Matthew’s brother who died on a mountain climbing trek.)

While the winners, Swede Bjorn Englund and Canadian Paul Krochak pipped everyone to the post in eight hours and 29 minutes, more than 20 couples failed to complete the course and many were still running at dusk. Founder of the swim-run event, Michael Lemmel told PEOPLE before the race that just being able to cross the finish line is an achievement, such is the grueling nature of the course.

“Anything under 12 hours is fantastic. The most important thing is that they finish the race.” 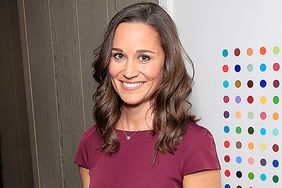 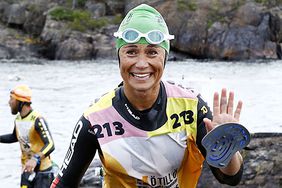 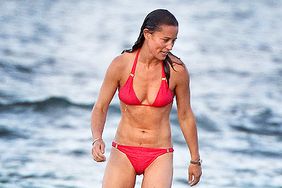 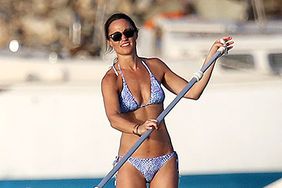 Pippa Middleton $276 String Bikini Is Her Sexiest Yet (and It Can Be Yours!) 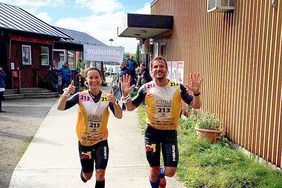 VIDEO: Follow Pippa Middleton as She Runs and Swims a Grueling 45-Mile Race Across 26 Islands in Sweden 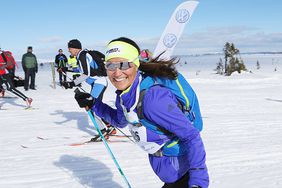 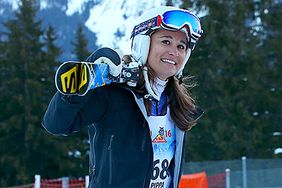 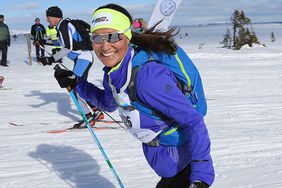 Pippa on the Move! The Royal Sibling Takes to the Slopes in Brutal Ski Race