When it comes to speeches, nobody does them better than Queen Elizabeth

On this day, 80 years ago, a young Princess Elizabeth gave her first-ever radio broadcast.

At just 14 years old, the future monarch sat side-by-side with her sister Princess Margaret at Windsor Castle to address the children of Britain and the Commonwealth during World War II.

The speech, which she was asked to give by Prime Minister Winston Churchill, was intended to boost morale for the younger generation, many of whom had been separated from their families and sent to the countryside to live, in order to safeguard them against Nazi raids. Some children were even sent abroad to Canada, America and Australia.

“My sister, Margaret Rose and I, feel so much for you as we know from experience what it means to be away from those we love most of all,” the young princess said on October 13, 1940, in the speech, recorded for the BBC’s Children’s Hour program. “To you, living in new surroundings, we send a message of true sympathy.”

The speech was considered a huge success and her broadcast marked the beginning of a regular feature for child evacuees. Derek McCulloch, who was responsible for organizing the broadcast, wrote in a 1946 edition of the Sunday Dispatch that while her father, King George VI, was reluctant to put his young daughter on air, he was delighted with the result.

“The King rushed into the room after the first rehearsal exclaiming to me, “She’s exactly like her!” meaning the Princess’s voice was extraordinarily like that of the Queen, and everyone knows how excellently the Queen broadcasts.”

Since then, Queen Elizabeth's speeches have become as famous as the monarch herself. Every year she gives a speech on Christmas Day, during which she typically sums up the year's major events, including any milestones such as births or marriages in her own family. Her most recent Christmas speech drew an audience of 7.85 million.

In the Queen’s most recent speech on April 5, she alluded to the historic moment, eight decades ago. “It reminds me of the very first broadcast I made, in 1940, helped by my sister. We, as children, spoke from here at Windsor to children who had been evacuated from their homes and sent away for their own safety. Today, once again, many will feel a painful sense of separation from their loved ones. But now, as then, we know, deep down, that it is the right thing to do.” 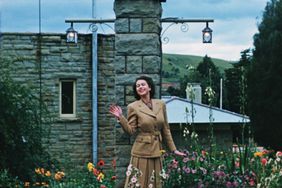 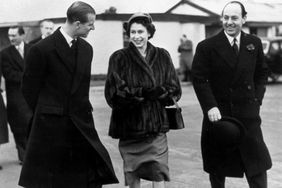 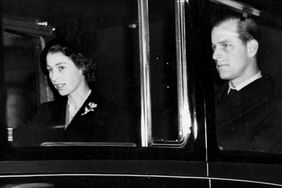