All About Polo Star Nacho Figueras and His Wife Delfina Blaquier

The Polo Season is a new series of steamy beach novels presented by six-goal player Ignatio “Nacho” Figueras, kicking off with the first book, to be followed by Wild One (June 28) and Ride Free (July 26).

“Nacho and I worked together to give the writer all of the necessary details to make the polo world more real to American readers,” Delfina Blaquier, Nacho’s wife of 18 years and the daughter of an Argentine polo player, tells PEOPLE.

“Polo is so much more than the Cartier Polo Cup or glamorous name-dropping. The players and their families are nomadic, live close to nature and enjoy an unbelievable and beautiful lifestyle which includes constant adventure in different cultures.”

Blaquier, who is a photographer passionate about horses and architecture, and the couple’s four children – Hilario, 16, Aurora, 11, Artemio, 6, and Alba, 3 – live near Buenos Aires, Argentina, but during the winter and summer polo seasons in the U.S., the family travels to cities around the world where Nacho, the face of Ralph Lauren Polo fragrances and a close friend of Prince Harry‘s, plays high stakes polo.

“In High Season, the plot is romantic, spicy and sexy while describing the details of how the sport of polo works,” says Blaquier. “The story also empowers women, which was something important to me because I come from a family of very strong women.”

“These years with Nacho have been the best in my life,” she says. “But I speak my mind and so does he. If we didn’t talk things through, we wouldn’t get along.”

“I think alone time with your husband should be a must,” she adds. “We always have a couple of projects in common that we do together. That way we have not grown apart.” 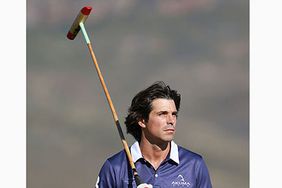 5 Things to Know about the World's Hottest Polo Player, Nacho Figueras – and Why He Has Your Steamy Summer Beach Read! 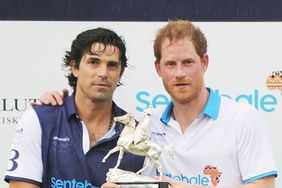