Paris Mayor Anne Hidalgo arrived at the Alma Tunnel in Paris around 7 a.m. to lay a large bouquet of flowers near the spot of the fatal incident

Mourners paid tribute to Princess Diana by gathering at the site of the car crash that claimed her life on the 20th anniversary of the tragedy, as well as her London home, Kensington Palace.

Diana’s former home looked much like it did 20 years ago in the days after her death: Covered in tributes, flowers and posters in remembrance to Diana. Huge crowds developed, with the line of people stretching through Kensington Gardens.

As the day went on, more and more of these tributes were placed outside Kensington Palace, with people stopping outside the building for a quiet moment, and occasionally, some tears.

Several people were spotted drying their eyes outside the palace, their grief still clearly apparent.

In the city where she died, Paris Mayor Anne Hidalgo arrived at the Alma Tunnel in Paris around 7 a.m. to lay a large bouquet of flowers near the spot of the fatal incident, according to the Associated Press.

Linda Grant of Britain told AP that Diana’s memory is still strong, making it hard to believe that she died 20 years ago.

“It’s like it was yesterday still, which means she is still here in our hearts,” Grant said. “She has never gone away and she never will. She never will.”

Yvette Demilio, a French woman at the site, remembered Diana as “a modern mother with a strong character and a strong heart. She was also a fashion icon and, it is true, I loved her a lot.”

The 36-year-old princess died in the early hours of August 31, 1997, when her car, which was being chased by paparazzi, crashed into a pillar in the Alma Tunnel. Diana’s boyfriend, Dodi Fayed, and their driver, Henri Paul, also died in the incident.

Her bodyguard, Trevor Rees-Jones, was injured in the crash but survived.

Prince William, Princess Kate and Prince Harry made a poignant walk on Wednesday through the breathtaking all-white garden created in memory of the “People’s Princess.”

William, 35, recalled that he remembered “seeing the pigeons and squirrels,” adding, “We used to come here a lot.”

Noting that he and Harry used to feed the fish in the garden’s pond, William said, “There never used to be this many in here” — before being told some of the koi carp are so old that they are the same ones from his youth.

William, Kate and Harry also met with representatives from eight charities closest to Diana’s heart, including the English National Ballet.

Fans who came out on the rainy eve of the 20th anniversary of Diana’s death were given the opportunity to pay tribute — and at least one had an extra-close encounter with Harry.

Eight-year-old Gracie Oxby was holding a bouquet of flowers outside the golden gates of Kensington Palace when the 32-year-old royal approached.

“Harry came straight over to Gracie and she said, ‘Could you put the flowers down for me?’ ” says her mom, Rhian. “He said, ‘By all means. Where do you want them?’ He was very friendly and funny and very nice.”

“When I was younger, Diana was the first person of celebrity status who made those with AIDS human,” recalled Kurt Deneen, an American who now lives in London. “Before I came out as gay, I would see her on the news meeting all these people who would scare me because I was so much younger then. I was just this young guy in Chicago feeling nervous and watching her. She was amazing.”

For full PEOPLE coverage of the 20th anniversary of Princess Diana’s death:•PEOPLE’s special edition Diana: Her Life and Legacy is available now 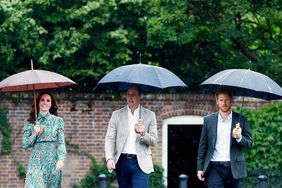 William and Harry Recall Their Childhood Visits to Diana's Palace Gardens: 'We Used to Come Here a Lot' 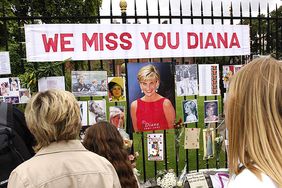 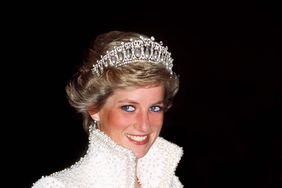 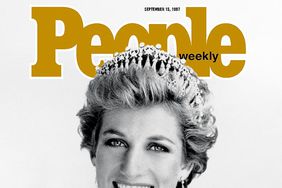 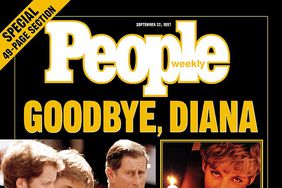 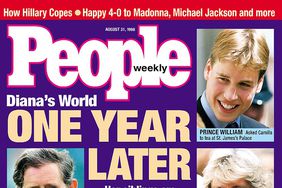