Meghan Markle will “continue to move forward” with her case against Associated Newspapers — publisher of the Daily Mail and Mail on Sunday — after the judge ruled against parts of her claim that were presented in a pre-trial hearing last week.

Meghan, 38, is suing publishers Associated Newspapers and the Mail on Sunday for publishing extracts of what she describes as a “private and confidential” letter sent to her father, Thomas Markle, in August 2018 — three months after her wedding to Prince Harry.

In a written judgment made public on Friday, the judge, Justice Warby, agreed to "strike out" parts of Meghan’s claim, which were put forward to the High Court in London on April 24. (Meghan and Prince Harry listened in on last week's pre-trial hearing remotely from L.A. via video link amid the coronavirus pandemic.)

This means that when the case goes to trial, the court will not be asked to rule on whether the Mail on Sunday acted dishonestly, pursued a negative agenda against Meghan or deliberately stirred up trouble between the Duchess of Sussex and her father, Thomas Markle, 75. During the pre-trial hearing, the newspaper said that Meghan’s team didn't have enough proof of dishonesty – mainly because it’s a state of mind.

Instead, the legal case will now focus purely on whether the Mail on Sunday infringed Meghan’s privacy and U.K. laws surrounding copyright and data protection by printing excerpts of a handwritten letter she sent to her dad in August 2018.

"I do not consider the allegations in question go to the 'heart' of the case, which at its core concerns the publication of five articles disclosing the words of, and information drawn from, the letter written by the claimant to her father in August in 2018,” Justice Warby wrote in the summary of his findings.

Friday's legal ruling is the first stage in the lawsuit, which is expected to go to a full trial in late 2020 or early 2021.

In response to the ruling, Meghan’s legal team made it clear that despite the setback they would “continue to move forward” with her case, which is based around five articles published by the Mail on Sunday and MailOnline in February 2019.

“Today’s ruling makes very clear that the core elements of this case do not change and will continue to move forward,” a spokesperson for Schillings law firm says in a release. “The Duchess’ rights were violated; the legal boundaries around privacy were crossed. As part of this process, the extremes to which the Mail on Sunday used distortive, manipulative, and dishonest tactics to target The Duchess of Sussex have been put on full display.”

While Meghan will not dispute the ruling, her legal team added that they were “surprised” that Warby ruled that dishonest behavior was not "relevant" to the case.

Adds the spokesperson from Schillings: “We feel honesty and integrity are at the core of what matters; or as it relates to the Mail on Sunday and Associated Newspapers, their lack thereof.

“Nonetheless, we respect the Judge's decision as the strong case against Associated will continue to focus on the issue of a private, intimate and hand-written letter from a daughter to her father that was published by the Mail on Sunday. This gross violation of any person's right to privacy is obvious and unlawful, and the Mail on Sunday should be held to account for their actions."

Meghan Markle Listens in from L.A. as Her Legal Case Against Mail on Sunday Kicks Off 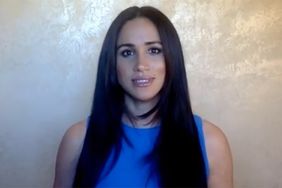