See Prince Harry and Meghan Markle, the Duke and Duchess of Sussex, Step Out in Sussex!

It's an extra Sussex kind of day

Prince Harry and Meghan Markle stepped out in their home turf on Wednesday.

It was the first time the Duke and Duchess of Sussex made a joint visit to Sussex, about 50 miles south of London.

Meghan wore a cream cashmere coat from Giorgio Armani, a silk dark green shirt by & Other Stories, a green leather pencil skirt by Hugo Boss, and beige suede Stuart Weitzman heels for the event. She pulled her hair back into a low bun and accessorized with the $1,995 green “Satin Demi” bag by Gabriela Hearst and a signet ring and two bracelets, one beaded and one double chain design, by Missoma.

Among the first fans they met were a group of children from Westbourne House School who had made an A-Z guide to Sussex for the couple.

When she was handed the gift, Meghan, 37, who asked all the children their names, said, “Oh my goodness, thank you. That’s very cool.”

“She said, ‘Thank you and that it will be helpful when we next come,’ ” said Charlotte Sleep, one of the head teachers.

When Harry discovered that the kids were missing a Latin test that morning he gave them all high fives — and remembered to tell them that “education is very important!”

Shaking his hand, Sleep jokingly said, “I am not letting go of your hand!” He replied with a smile, “Please do!”

With them was gap year student, Zoe Hislop, 19, from Sydney — who got a second royal meeting. Four years ago, she met Prince William and Kate Middleton on a beach near Sydney as she was among the local young people explaining surf life-saving. “I said to Harry ‘Vegemite or Marmite?’ and he said Vegemite. That will do us proud! Meghan looked quite emotional to be here.”

A month after Harry and Meghan got a dose of Revolutionary War history at a performance of Hamilton, the royal couple visited Sussex to see a rare copy of the Declaration of Independence. The Sussex-housed Declaration is one of only two handwritten manuscript copies. (The other is the signed copy housed in the National Archives in Washington, D.C.)

Wendy Walker, the West Sussex archivist, proudly showed them the rare Sussex copy of the American Declaration of Independence. Walker told Harry and Meghan how “it was drawn up in America, possibly in New York or Philadelphia,” to which Meghan exclaimed, “Wow, that’s really special.”

Harry then said: “That is absolutely amazing, so interesting.”

The Duke and Duchess of Sussex both signed the Edes House visitors’ book before leaving for engagements in Bognor Regis, Brighton and Peacehaven.

Queen Elizabeth gave Harry and Meghan their royal titles on the morning of their May 19 wedding. Bestowing titles to members of the royal family on their wedding day is a longtime tradition. When Prince William and Kate Middleton got married, they became the Duke and Duchess of Cambridge.

Just like most royal dukedoms, the title Duke of Sussex comes steeped in history. Though it first appeared as early as the 800s, its traceable origins start with Prince Augustus Frederick, son of King George III (who was the British monarch during the American Revolution).

After a first stop in Chichester in the heart of Sussex, the couple next visited the coast at Bognor Regis, where Harry, 34, and Meghan, 37, officially opened the University of Chichester’s Engineering and Digital Technology Park, which partners with local industry to offer students practical experiences in the sectors.

They then headed east, leaving the county of West Sussex for East Sussex to see the seaside city of Brighton and Hove. They start at the Royal Pavilion, and are to repeat their West Sussex walkabout with another meet-and-greet as they headed into the Pavilion.

The iconic structure was built in the mid-1780s and was used by George IV as something of a pleasure palace. Its flamboyant style, with no expense spared on its interior decorations, matched its royal patron’s lavish tastes for fashion and the arts. His regular visits to Brighton helped put the seaside town on the map and it grew in importance after that.

Mark Your Calendars! The Royal Family’s Busy October, from Eugenie’s Wedding to Pippa’s Due Date

The couple are then set to walk to Survivors’ Network, a charity that supports survivors of sexual violence and abuse in Sussex to talk with to service users, volunteers and staff.

The royal couple’s final engagement of the day will be a visit to JOFF Youth Centre in Peacehaven. The community hub offers activities, including a relaxation area and a music practice room, and Harry and Meghan will meet young people to hear their plans and priorities around mental health and emotional well-being.

The visit is part of Takeover Challenge Day, which is a national initiative that encourages organizations to put young people into real life decision-making positions. 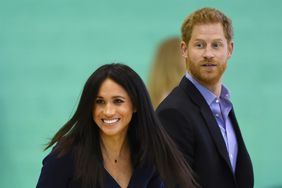 Meghan Markle and Prince Harry's Next Royal Date Is Right Where They Belong — Find Out Why! 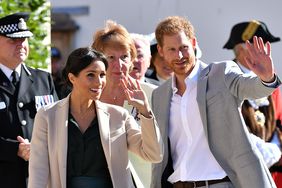 Every Photo from Meghan Markle and Prince Harry's First Visit to Sussex, Their Royal Namesake 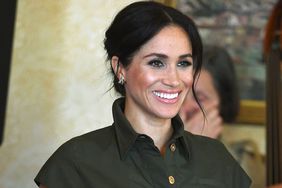 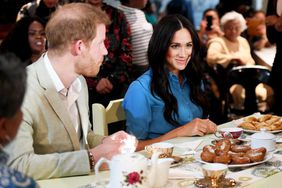 Meghan Markle's Latest Outing in Africa Is Right Up Her Alley — a Cooking Demonstration! 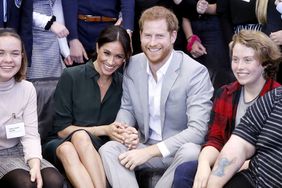 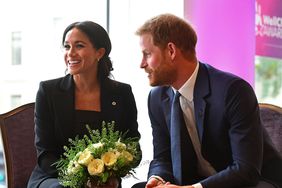