Meghan Markle and Prince Harry will not head to India to attend her pal Priyanka Chopra's highly anticipated wedding to Nick Jonas, a source tells PEOPLE

Meghan Markle and Prince Harry will not head to India to attend her pal Priyanka Chopra‘s highly anticipated wedding to Nick Jonas, a source tells PEOPLE.

Kensington Palace declined to comment, but the couple’s office confirmed last week that pregnant Meghan, 37, and Harry, 34 — who are expecting their first child in the spring — are set to begin a new chapter “early next year” by moving out of Kensington Palace and into Windsor Castle’s Frogmore Cottage.

Meghan also wasn’t in attendance at friend Serena Williams’ nuptials to Reddit co-founder Alexis Ohanian last November. But her absence likely had to do with the fact that she was getting ready to share her own big news with the world. Meghan and Harry’s engagement was announced just days later on November 27. Williams attended Meghan’s royal wedding in May, and the two couples spent time together over the summer at Harry’s polo match in Ascot.

Jonas, 26, and the Quantico star, 36, are expected to wed soon. They’ve been sharing photos on Instagram indicating that they’re currently in Mumbai, and Jonas’ older brother, Joe Jonas, 29, and his fiancée, Game of Thrones actress Sophie Turner, 22, recently joined the festivities.

Chopra was one of the celebrities on the star-studded guest list for Meghan and Harry’s fairy tale royal wedding on May 19.

Will Nick or Joe Jonas Get Married First? ‘It Wouldn’t Be Surprising If Nick’ Does, Says Source

Chopra’s friendship with the Duchess of Sussex dates back to 2016, when the two met at the ELLE Women in Television dinner. “We bonded as actors,” Chopra told PEOPLE of their friendship in September 2017. “We just became friends, like two girls would.”

Although Meghan moved across the pond to be with her husband and take on the duties of a full-fledged member of the royal family, Chopra shared that the distance hasn’t affected their bond.

Although Chopra and Jonas first linked up when they attended the 2017 Met Gala together — as friends who were both wearing Ralph Lauren — the singer didn’t come as a plus-one to the royal wedding in May. Chopra attended the wedding ceremony at St. George’s Chapel with friends, wearing a lavender suit with a matching fascinator by British designer Philip Treacy.

RELATED VIDEO: Priyanka Chopra Is a Vision in White as She Hits Bridal Shower in Wedding Dress-Like Gown

The following day, the actress praised Meghan with a sweet message on Instagram.

“Every once in a while there is a moment when time stands still,” she wrote alongside a slideshow of images from the wedding. “That happened today.”

“You my friend.. were the epitome of grace, love and beauty. Every choice made at this wedding by you both will go down in history, not just because it was your wedding but because this incredible wedding stood for change and hope. Both things that the world needs desperately,” she added. 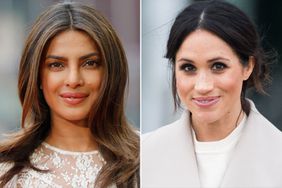 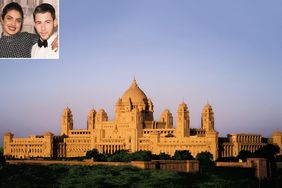 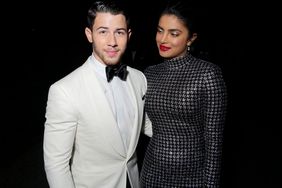 Nick Jonas and Priyanka Chopra's Wedding: Will These A-Listers Be on the Guest List? 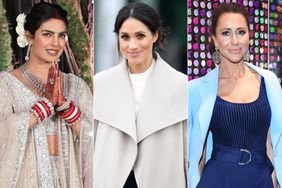 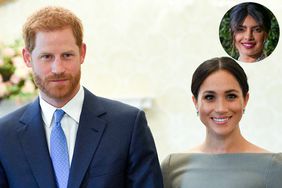 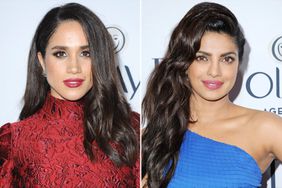 Meghan Markle Was the 'Epitome of Grace, Love and Beauty' at Her Wedding, Says Pal Priyanka Chopra 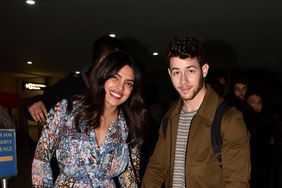