Evening Affair! Meghan Markle and Prince Harry Step Out Exactly One Month Before Their Wedding

The soon-to-be newlyweds attended a reception for women's empowerment

Meghan Markle has long been a vocal advocate for the empowerment of women and gender equality.

On Thursday, she took that passion into the royal world when she joined fiancé Prince Harry at an event championing women in the Commonwealth.

The couple, who will marry in exactly one month, attended the Women’s Empowerment reception in central London this evening. Hosted by the U.K.’s Foreign Secretary Boris Johnson, the evening is part of the week of events for the Commonwealth Heads of Government Meeting.

Harry and Meghan, who perfected the LBD look in a belted sheath dress from Black Halo, met representatives from charities and organizations that work to promote global gender equality through girls’ education, including the Malala Fund, Plan International, the Varkey Foundation and Code Camp.

Around the world, there are more than 130 million girls who are not in school, while in conflict-hit areas, girls are twice as likely to be out of school than boys. The reception brought together influential figures from many of the 53 countries of the Commonwealth to champion ways of getting more young girls into education — and keeping them there.

Speaking with a group of young women who are championing the rights of girls to free education, Harry said: “What you are doing is absolutely amazing.”

Kiki James, an activist from Nigeria who is a champion with the Malala Fund, told reporters, “He said we are moving with the tide, moving in the right direction.”

Peace, a 15-year-old schoolgirl from Nigeria who spoke at the summit earlier this week during the Educate to Empower session, added, “I told Meghan she was pretty, which she is. She said she watched me give my speech. She said she was really impressed, and that that is what she wants girls to do.”

Hope, an 18-year-old from Kenya who campaigns on equal education rights for girls, said she told Meghan and Harry “that if they empower girls we won’t let them down.”

She added: “Meghan Markle was talking about how it has a rippling effect — how if you empower girls they empower the next generation in the community.”

At a Commonwealth-related event on Wednesday, Meghan said that fighting for LBGTQ rights would be a key focus in her public work with Harry after their May 19 wedding.

As Meghan and Harry’s wedding date approaches, the couple has revealed several key details about their big day, including their wedding photographer, floral designer and the pastry chef behind their lemon and elderflower cake.

And with just weeks to go before she walks down the aisle, Meghan is making sure everything is in place before she joins the royal family. The bride-to-be recently paid a visit to Chicago as she finalizing her application for a U.K. visa, and ultimately secures her U.K. citizenship. 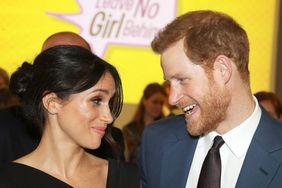 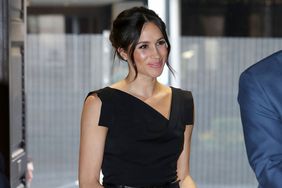 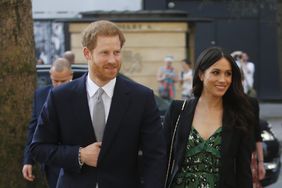 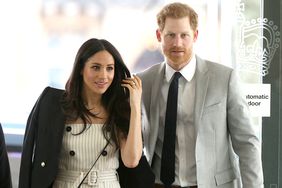 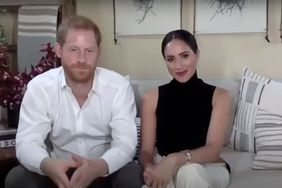