"The first anniversary was paper, and Meghan wrote out the wedding speech and had it framed for him," a source told PEOPLE

Meghan Markle and Prince Harry are expert gift-givers when it comes to their wedding anniversary.

The couple, who are celebrating their fourth anniversary on Thursday, traditionally mark their special day by exchanging gifts — but they do it their way.

"They love to do their own take on traditional wedding gifts," a source previously told PEOPLE. "The first anniversary was paper, and Meghan wrote out the wedding speech and had it framed for him."

On their second anniversary in 2020, "they both gave each other gifts based on 'cotton.' Undoubtedly, it was a very creative and romantic gesture as all their gifts are to one another," the source added.

According to the wedding site The Knot, "Cotton's woven threads symbolize how you become more interconnected as time goes on and learn to be more flexible."

The traditional third-anniversary gift is leather, as a symbol of something that only gets better with age.

And the symbol for their fourth anniversary this year is fruit and flowers, which is meant to represent the blossoming of a relationship and how it ripens into maturity.

The Duke and Duchess of Sussex typically spend their anniversary quietly as a family — and this year they have even more to celebrate as it's their first anniversary as parents of two. The couple welcomed their daughter Lilibet last June.

Just weeks before their first anniversary in 2019, Meghan and Harry welcomed their son Archie. And they celebrated both milestones with Meghan's mother, Doria Ragland, who came to the U.K. to meet her grandchild. The family sat down to a traditional Sunday lunch before Doria traveled back to Los Angeles.

Prince Harry also gave Meghan an eternity ring that he helped design to mark their first anniversary. She first wore it at Trooping the Colour the following month.

The Sussex family has been settling into life in Montecito, California, since their move in 2020.

"They are both extremely attentive parents. Harry wants to give Archie the childhood he always wanted," an insider previously told PEOPLE. "They spend a ton of time outside, and both Harry and Meghan love to play—all the private space is a dream for them."

Harry and Meghan are heading to the U.K. next month along with their two children to join the royal family in celebrating Queen Elizabeth's Platinum Jubilee. 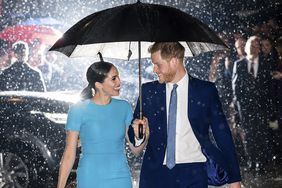 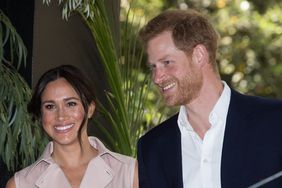 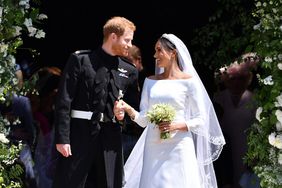