This time, Meghan and Harry kept it simple — and emoji-free!

Add Meghan Markle and Prince Harry to the list of royals helping Prince William ring in his 37th birthday!

While many of the royal family’s social media accounts dedicated a post to the royal dad for his birthday on Friday, the Duke and Duchess of Sussex stuck to their preferred way of sending well wishes on Instagram — with a comment.

“Happy Birthday to the Duke of Cambridge!” the recently launched @SussexRoyal Instagram account commented on Kensington Palace’s photo of William looking relaxed and happy while posing outside of car during a visit to Kenya.

Meghan and Harry, who welcomed son Archie on May 6, also opted for comments while celebrating the recent birthdays of Prince Louis and Princess Charlotte.

“Happy Birthday Louis! Sending lots of love from both of us,” the couple wrote for their nephew’s first birthday in April, adding a red balloon and birthday cake emojis. They signed the short note, “xo.”

For Charlotte they wrote, “Happy Birthday Charlotte! Lots of love, H and M xo.” They also included the cake and balloon emoji.

The Royal Family Twitter account, which shares updates on the Queen and other senior members, celebrated William’s birthday by sharing a collage featuring several images of the prince from different stages of his life with his grandmother, Queen Elizabeth, and his wife, Kate Middleton.

The tweet read, “Happy Birthday to The Duke of Cambridge! #HappyBirthdayHRH.”

William’s father, Prince Charles, and his wife, Camilla, Duchess of Cornwall, posted a black and white photo of Charles pushing his then 2-year-old son in a swing from the Clarence House Twitter account.

“Happy Birthday to HRH The Duke of Cambridge, who turns 37 today. #HappyBirthdayHRH,” the tweet read before describing the history of the touching father-son photo. “The Prince of Wales and Prince William play in the garden at Kensington Palace, 1984.”

Prince Andrew also opted for a throwback photo of his nephew to celebrate the occasion. In the shot from 1986, they explore a helicopter on board the HMS Brazen while Andrew was serving as a flight pilot on the ship. Prince William went on to become a helicopter pilot who served as a search and rescue pilot in the RAF and later as an air ambulance pilot.⁣ 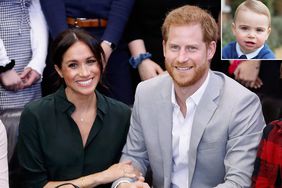 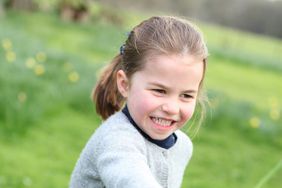 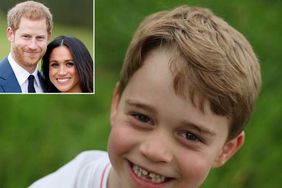 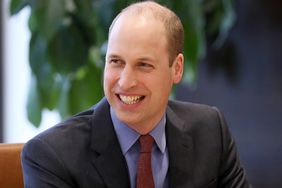