Meghan Markle and Prince Harry made their debut as a family of three at St. George's Hall in Windsor Castle

The world just got its first glimpse of Prince Harry and Meghan Markle‘s baby boy!

Ever since the pregnancy news was announced in October, fans have been excited to learn all about Baby Sussex – from his name to what he will look like. But even the proud parents aren’t sure yet if he takes after Mom or Dad more.

“We’re still trying to figure that out,” Meghan said during their first outing as a family of three at St. George’s Hall in Windsor Castle (where the couple had their royal wedding reception!) on Wednesday.

The newborn, who arrived on Monday morning, was wrapped in a wool G.H. Hurt & Son blanket and wore a matching cap. He appeared to be sleeping for his big debut – which fits Meghan’s description of the baby as “really calm.”

Wearing a white sleeveless dress by London-based menswear designer Grace Wales Bonner, Meghan was glowing as she stood behind Harry, who held their newborn son in his arms.

When asked about parenting, Harry said: “It’s great. Parenting is amazing. It’s only been two and a half days, but we’re just so thrilled to have our own little bundle of joy.

Harry said they were looking forward to spending some “precious times with him as he slowly, slowly starts to grow up.”

The Duke and Duchess of Sussex opted to skip the royal tradition of debuting their baby on the steps of the Lindo Wing at St. Mary’s Hospital in London. Both Princess Diana and Kate Middleton appeared outside the hospital with their newborns soon after they welcomed their children to the world. 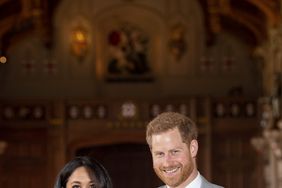 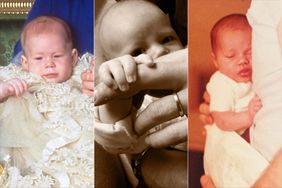 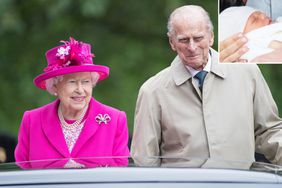 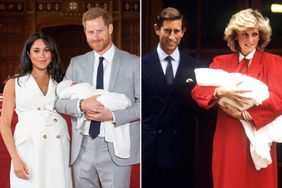 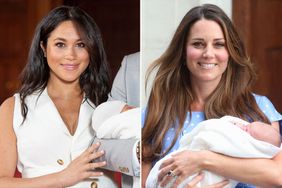 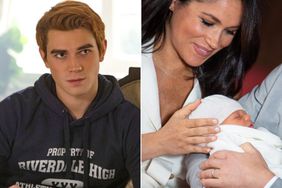 'Riverdale' Fans Are Freaking Out Over Royal Baby Archie: 'Earl of Riverdale' 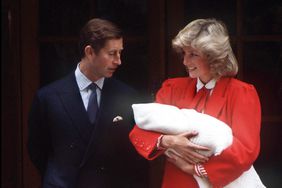