When Meghan Markle welcomed her baby daughter into the world earlier this month, she had a familiar voice in the room — her trusted London-based pregnancy guru.

Dr. Gowri Motha, the world-renowned childbirth pioneer offered remote support (from more than 5,000 miles away!) via telephone to Meghan during the birth of the Duchess of Sussex's second child with Prince Harry, Lilibet Diana, on June 4. The request from the couple came after the well-known holistic obstetrician helped deliver their son Archie at The Portland Hospital two years ago.

"It was very sweet of her — I am honored," Motha tells PEOPLE from her St. John's Wood clinic, where she practices her unique Gentle Birth Method to prepare mothers not only physically but emotionally and mentally with a series of consultations and classes.

The program, which combines the tips she learned at medical school in India with her experience as a doctor in the U.K., was put together in 1986 in order to give pregnant women the best chance of a calm and intervention-free delivery. During her 14 years working as a National Health Service obstetrician, she conducted the first documented water birth in a London NHS hospital in 1987 and was one of the pioneers in introducing reflexology for pregnancy.

"When I first started recommending reflexology in the hospital where I was working at the time, people were laughing at me — they thought I was one of those mad people," says Motha, who has delivered "thousands" of babies over the last four decades, including those of celebrity moms Gwyneth Paltrow, Madonna and Kate Moss.

"I wanted to introduce visualization techniques, to rehearse the birth in the mother's mind and to give them confidence," says Motha, who also includes reflexology, massage, yoga, exercise, reiki, nutrition and supplement advice in her program. She has since written the best-selling books The Gentle Birth Method and The Gentle First Year, which both offer simple plans to help mothers bond with their child.

While it's not known how Meghan heard of Motha's program, she says most of her well-known clients get in touch from word of mouth. "Elle Macpherson set the ball rolling. She told all her other friends, and one by one they all came," explains Motha, adding that she often keeps in touch with them. "Lots of these lovely ladies call me. I don't call them; they usually want an opinion on something, so I just keep in touch that way."

Meghan and Harry welcomed their baby girl, Lilibet (or Lili as her parents will call her), at Santa Barbara Cottage Hospital, which is a short drive from their Montecito home. While Meghan's care was overseen by Dr. Melissa Drake, Motha was on hand via telephone.

"I can't deliver babies on Zoom, but I have done one or two on FaceTime and on the telephone," she says. "I offer support — often in the build-up, a few days before the actual day. They show me their scans and they want advice from me."

Founded in 1888 by a group of women, Santa Barbara Cottage Hospital includes a state-of-the-art childbirth center, which offers a individualized approach to birth. Luxury add-ons include a hot tub that can be used for hydrotherapy and a terrace with mountain views.

Quietly delivering the baby two days before they broke their joyful news to the world, Meghan and Harry were able to relax into parenthood with comfort and privacy.

"Second births are always easier," says the doctor, who advocates a stay home and nurture approach to the new parenthood. "[The parents] have done it before and they are experienced and better prepared."

"We have a very special post-natal program, similar to what we do in India," she says. "In India, every mother will massage their whole body every day for 40 days. You stay indoors and get nourished."

"For the first two weeks, definitely eat vegetarian food to help your liver detoxify after the birth. Eat kedgeree, rice and mung daal, rice congee, chicken broth and light vegetables — nothing gassy like broccoli, cabbage, cauliflower. Butternut squash is good and asparagus, too," explains Motha, who says she has long been a fan of an Ayurvedic diet.

Known for blending the best of the West and the East for a healthy pregnancy and delivering a calm baby, the childbirth expert also recommends a soft cotton tummy wrap for new mothers, a technique which derives from India, among other Eastern countries. "It helps to get everything back to normal and we sell our own version, which can be used to support the bump in pregnancy and then afterwards too."

While the pregnancy guru says she is happy to have delivered so many babies during her career (including a few water births surrounded by dolphins!), she is modest about her achievements. "I have always believed that there's a fourth eye in me who works through me, so I always say, it's not me, I am guided by angels, so thank the angels!" 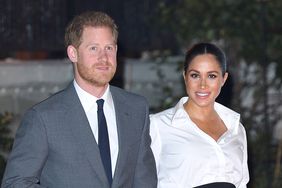