"She was the first person I saw onscreen and thought, 'That looks like so much fun; I wanna do that,'" Markle said of Julia Roberts

Meghan Markle credits her female role models (all 10 of them!) for changing her life, and she’s sharing their names with fans.

The Suits actress, 36, revealed her top sheroes for Glamour, and the influencers reign from all different backgrounds including acting, philanthropy, business and music.

Among those who have shaped Markle’s career are NBCUniversal Chairman Bonnie Hammer and actress Julia Roberts. “She was the first person I saw onscreen and thought, ‘That looks like so much fun; I wanna do that,'” Markle explained of Roberts. “When I was younger, someone once told me, ‘You kind of look like Julia Roberts in profile.’ It was the best compliment of all time.”

And when she’s not on set working, the girlfriend of Prince Harry loves listening to one of her favorite female musicians: Joni Mitchell.

“I travel so much for work, press, and life that anytime I land back at LAX, Joni Mitchell’s ‘California’ plays in my head. It’s become this anthem of happiness for me whenever I’m feeling homesick,” the star said of the famed singer.

RELATED VIDEO: Meghan Markle Wrote A Letter To Hillary Clinton When She Was Eleven!?

Though Markle has met many of the women on her list, no one is more influential than her mother, Doria Ragland.

“My mom’s a yoga instructor, but she does social work, as well, and she works specifically with the geriatric community. For me to watch this level of life-long sensitivity to nurturing and caregiving, but at the same time my mom has always been a free spirit,” Markle said.

Adding, “She’s got dread locks and a nose ring. She just ran the LA Marathon. We can just have so much fun together, and yet, I’ll still find so much solace in her support. That duality coexists the same way it would in a best friend.” 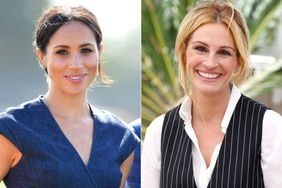 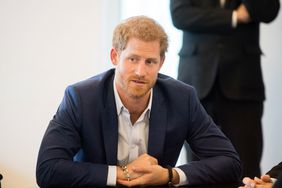 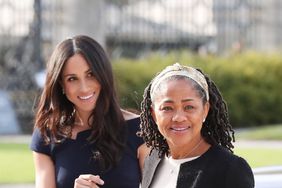