Meghan Markle Says She Just Joined WhatsApp for the First Time — and She's Using This Emoji!

Mike Tindall, who is married to the Queen's granddaughter, Zara Tindall, recently opened up about the royal family group chat on WhatsApp

As Meghan Markle unveiled her new capsule clothing collection to benefit her patronage Smart Works on Thursday, the royal also revealed that she recently joined WhatsApp.

As Meghan was introduced to a group women who have benefited from Smart Works (a charity that helps women find employment with coaching tips and professional attire for their job interviews), one of the clients told Meghan that the women still support each other, even after they land new jobs.

Paralegal Selam Mengitsu, 28, told the Duchess of Sussex that they have even started a WhatsApp group chat — and even invited the royal to join after they took a group photo together.

Meghan Markle Leaves Her Clothing Launch to Get Back to Baby Archie: ‘It’s Feed Time’

Meghan then told them that she just joined the messaging service and might “pop in” with a waving hand emoji, according to the Telegraph.

Now that Meghan is using the service, she can join in on the royal family group chat! Mike Tindall, who is married to the Queen’s granddaughter, Zara Tindall, recently opened up about it, revealing: “It’s just what you do to try and set up get-togethers and we are going to something that is the same.”

“If you are going to go, ‘Are you going to take the kids?’ Quite a lot of people have family WhatsApp groups. I don’t think it’s a new revelation,” he added.

The former rugby star said that the relatable group chat includes some of Zara’s royal family members (Zara is cousins with Prince William and Prince Harry).

“Me, my brother and then a few of Zara’s side like her brother Pete and the cousins are on WhatsApp groups,” Mike told The Daily Mirror in 2018.

Mike said that the royal family group chat is just one of many he’s part of on the app, and at times, all the messages can get a bit overwhelming.

“I wouldn’t say we’re cutting edge, but it’s just easier for some reason on WhatsApp,” he said. “I’m in about 25,000 groups. You might do it for a get-together and just stay on the group, and occasionally people will post. You’re scared to leave because you don’t want to be seen to be rude.”

At her launch event on Thursday, Meghan said in a moving speech: “I just want to thank all of you for being able to be here, for being part of this success story for these women. I think it’s really key in this day and age to remember it’s not just about the people that you know that you’re supporting, it’s about the people that you don’t know. That you may never know, that you may never meet.

“As women it is 100% our responsibility – I think – to support and uplift each other, to champion each other as we aim to succeed. To not set each other up for failure but instead to really be there rallying around each other and to say ‘I want to help you’. And you may not ever meet that person but you’ll know when you put on that blazer or put on that shirt or you carry that tote or put on those trousers or that dress, that some other women on the other side of this country is wearing that piece because you made that purchase.” 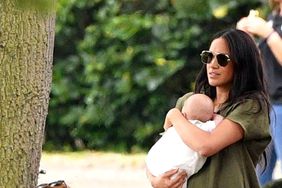 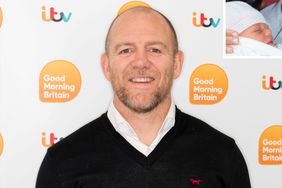 The Royal Family Has Their Own WhatsApp Group Chat!