For every article of clothing bought, a piece will be donated to Meghan Markle's royal patronage Smart Works

Meghan Markle is adding clothing designer to her royal resumé!

In the September issue of British Vogue, which she guest edited, the Duchess of Sussex revealed she is partnering with her designer friend, Misha Nonoo, to create a capsule collection of women’s workwear. The line, which will be released in September, will benefit her patronage Smart Works, a charity that helps women land jobs.

“When you walk into a Smart Works space you’re met with racks of clothing and an array of bags and shoes,” Meghan writes in Vogue. “Sometimes, however, it can be a potpourri of mismatched sizes and colors, not always the right stylistic choices or range of sizes.”

Nonoo and Meghan have been friends for years, and often posted photos of each other on Instagram before the Duchess of Sussex deleted her personal account soon after her engagement to Prince Harry. The designer was a guest at Meghan and Harry’s royal wedding, as well as Meghan’s New York City baby shower earlier this year.

At Smart Works, clients receive one-on-one interview preparation and an outfit to help them secure employment, according to their website. Once the client lands a job, they receive five additional pieces of clothing to help see them through to their first paycheck.

“The reason why I was drawn to Smart Works is that it reframed the idea of charity as community…..it’s a network of women supporting and empowering other women in their professional pursuits,” wrote Meghan, 37.

During a January visit to her royal patronage, Meghan played a hands-on role in helping Patsy Wardally find an interview-ready outfit. Meghan helped style Wardally for the important interview as she was being fitted in a patterned pink dress with a belted waist.

She also picked out accessories, and they completed the outfit with a camel-colored coat – a piece that could easily belong in Meghan’s own closet!

Meghan also sat down with some of the women to discuss why she was drawn to their organization.

“It’s a community that I’m so drawn to about it here. It’s not just donating your clothes and seeing where they land, but really being part of each other’s success stories as women. If that’s in the tools that you give or the interview prep that’s happening, every piece of it. 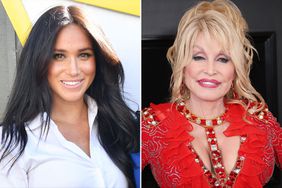 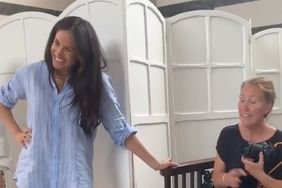 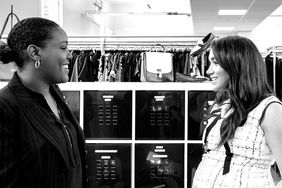 Meghan Markle Shares Never-Before-Seen Photos from Her Pregnancy with Archie! 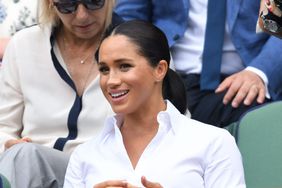 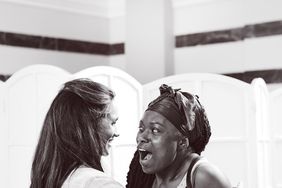 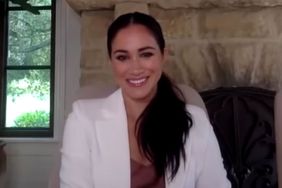 Meghan Markle Leaves Her Clothing Launch to Get Back to Baby Archie: 'It's Feed Time' 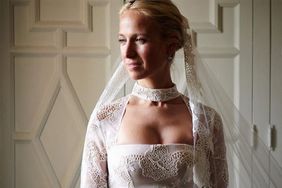 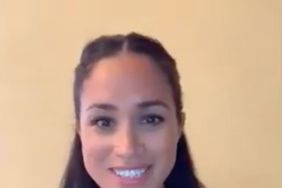 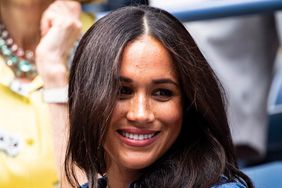