You may not be able to buy the royal jewels, but you can buy something special from one royal’s life.

Years before Meghan Markle became the Duchess of Sussex, she was a briefcase model on the NBC game show series Deal or No Deal — and now her fans have a chance to purchase her briefcase for themselves.

The listing says that the 16 x 12 x 2 in. briefcase is in “fine condition” and was constructed from lightweight, deep drawn aluminum, with chrome handle, hinges and a latch look closure.

The briefcase also has a notable connection to President Donald Trump, who appeared as a guest during the show’s first season when that same briefcase was on display.

Additional Hollywood props that are up for auction include Spider-Man‘s costume from the 1970’s animated series, a department store window display figure of Sesame Street‘s Ernie, and Elizabeth Taylor‘s “Lady Patricia” gown from her 1954 film Beau Brummell.

Last year, Deal or No Deal longtime host Howie Mandel told reporters during a Television Critics Association summer press tour panel that Markle “was slightly duchessy” during her time on the show.

“That speaks to who we have now and who we had then. Not everybody will have an opportunity to meet royalty, but these are all accomplished people that have something substantial. They’re not just standing there holding a case — they have careers, they have hobbies, they have families, they’re entrepreneurial,” he said.

“So when somebody like [Prince] Harry meets somebody who just happened to be on our show, there’s a lot to offer!” he said of former Suits star Markle, who married Prince Harry last year. The couple have one son together, Archie, who was born in May. 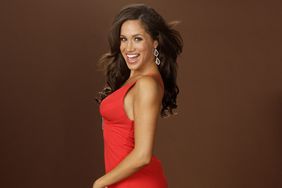 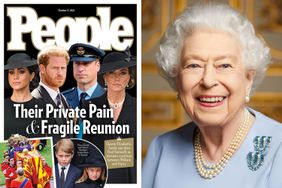 How the Royal Family Came Together amid Tensions to Honor Queen Elizabeth: 'Everyone Was Hurting'