Meghan Markle and Prince Harry have a special framed print displayed in their house that perfectly represents their new home in California.

The couple, who recently moved to Santa Barbara with their 1-year-old son Archie, has a print of the sheet music cover for California’s official state anthem, “I Love You, California,” leaning against their stone mantel.

Fans caught a glimpse of the decor, which features a California grizzly bear clutching the state of California, during Meghan’s recent Zoom call to celebrate the first anniversary of the workwear collection she launched for her Smart Works patronage in the U.K.

“I Love You, California” was originally published in 1913 with lyrics by F.B. Silverwood and music by A.F. Frankenstein and adopted as the official state song in 1951.

The song begins: “I love you, California, you're the greatest state of all/I love you in the winter, summer, spring and in the fall/I love your fertile valleys; your dear mountains I adore/I love your grand old ocean and I love her rugged shore.”

The family of the makers of the print, Nicholas and Riley, shared their enthusiasm on Instagram, writing, “Recently the Duke and Dutches of Sussex, a.k.a. Harry and Meghan, got their royal hands on one of my Dads framed I love you California’s. He doesn’t think it’s a big deal but it is.”

The framed print is the perfect addition to the couple’s new home. Meghan was born and raised in Los Angeles. She and Harry moved to California in mid-March to start their new lives after leaving their roles as senior working members of the royal family.

Since making their move to California, the couple has volunteered for several community service efforts, including delivering meals for Project Angel Food and handing out school supplies for Baby2Baby.

“What Meghan said is she wanted to show Harry Los Angeles through the eyes of philanthropy. It’s just beautiful,” Richard Ayoub, Project Angel Food’s executive director, told PEOPLE. “There’s obviously a great deal of love and selflessness between them.”

The family of three has been settling into their new home since July. The nine-bedroom mansion, purchased for a reported $14 million, also has a bonus perk for their young son: a play area.

"Archie is really happy, and he has space to run free," a source told PEOPLE. "The house came with a play structure that he’ll be climbing in no time."

The source continued, "They’re excited to be there and to become part of the community. It's a really happy time for them as a family."

Harry is also looking forward to sharing his love of rugby with Archie in their new outdoor space.

"I've got a little space outside, which I'm fortunate enough to have so I need to get him playing some Rugby League!” he said during a video chat in honor of the Rugby Football League's 125th birthday. 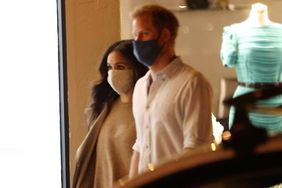 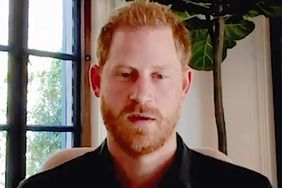 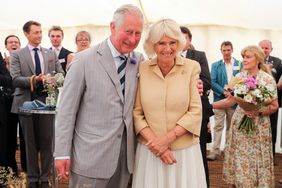 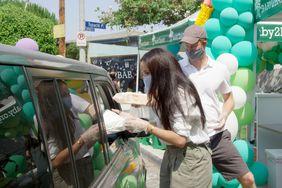 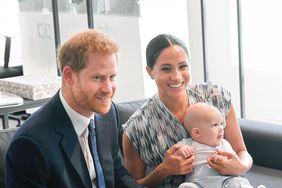