May the farce be with you, Mark Hamill!

Billy Dee Williams took a trip down memory lane on Wednesday, sharing “one of my favorite photos” on Twitter: A snap featuring his Star Wars costar nervously looking towards the ground as he shook hands with Queen Elizabeth‘s sister, Princess Margaret, at the London premiere of The Empire Strikes Back in 1980.

Turns out, there may be more to the lack of eye contact between the actor and the royal than just a respectful bow.

“This photo was snapped moments after @realbdw told me that direct eye contact with royalty was an offense punishable by imprisonment in the Tower of London,” Hamill, 66, responded to his pal’s tweet, adding the hashtag #Pranked.

One hint that the tale is true? The amused look on Williams’ face during the encounter!

Luckily, Hamill had plenty of chances to redeem himself around the royal family. The actor who brought Luke Skywalker to life onscreen was chummy while meeting Prince Charles in 1997 and spent some time on set with Prince William and Prince Harry in April 2016.

William and Harry visited production workshops at the studios and meet with the creative teams behind the current Star Wars sequel trilogy – along with close-up looks at some of the films’ iconic props, costumes and creatures. (Harry got a hug from the galaxy’s favorite Wookie, Chewbacca, and William made friends with friendly bot BB-8!)

Actor John Boyega also confirmed that the princes shot cameos as Stormtroopers in a scene with Boyega in an elevator. However, the scene was cut from the final edit — and it didn’t help that William and Harry were too tall for the roles, The Telegraph reported.

“I did personally apologize to them yesterday and said, ‘Sorry you were cut out of the film.’ And Will was like, ‘I probably just need to work more on the skills.’ I was like, ‘Maybe, bruv,’ ” Boyega told ITV’s This Morning, according to The Telegraph.

Nonetheless, the royal brothers still got the attend the London premiere of Star Wars: The Last Jedi in Dec. 2017. The princes’ office at Kensington Palace said the premiere was “an opportunity to recognize and celebrate people who have worked hard to change their lives and the lives of others.” 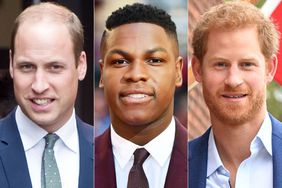 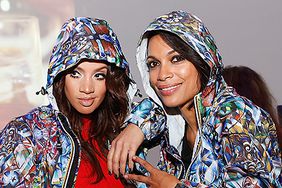