There were secret codes, invisible ink for passionate clandestine letters – and two love children who cemented the affair between Marie Antoinette and her Swedish lover.

The tragic 18th-century Queen of France conducted a 20-year affair with Swedish count and diplomat Axel von Fersen, according to revelations in I Love You Madly – Marie-Antoinette and Count Fersen: The Secret Letters.

Historian and author Evelyn Farr has compiled the most complete collection of the couple’s correspondence, combing archives across Europe for clues and revealing what was beneath blacked-out sections of some of the letters between them.

“I live and exist only to love you – adoring you is my only consolation,” Fersen wrote to Marie Antoinette in one of the letters cited in the book, which will be released in the U.K. in March and in the U.S. this summer. “My God, how cruel it is to be so near and not be able to see each other!”

Marie Antoinette, in a loveless arranged marriage to King Louis XVI since the age of 14, conducted the liaison with Fersen beginning when she was 18. It became physical in the last 10 years of her life, when he returned to France in 1783 following the American War of Independence.

“If she hadn’t had him, how absolutely awful her life would have been,” Farr tells PEOPLE.

Based on her research, Farr says she has compelling evidence that Marie-Antoinette’s son Louis Charles and daughter Princess Sophie – both of whom were thought to be the children of Louis XVI – were in fact fathered by Fersen.

Like their mother, who was executed at age 37 on October 16, 1793, after her trial at the hands of revolutionaries, both children met tragic ends: Louis died at age 10 after being imprisoned by the revolutionaries who overthrew the monarchy and Princess Sophie died of illness just weeks before her first birthday.

A key letter in Farr’s book was sent to the then-British Prime Minister William Pitt and his Foreign Secretary Lord Grenville by an ally of the couple, Quintin Craufurd, in August 1791.

“I know him [Fersen] intimately, and think him a man of unquestionable honour and veracity,” Craufurd wrote. “He is calm, resolute, and uncommonly discreet, without being reserved. This gentleman was Colonel of the Royal Suédois; was Her Most Christian Majesty’s prime favourite; and is generally supposed to be the father of the present Dauphin.”

(“Dauphin” refers to the eldest son of the King of France.)

Fersen stayed with the Queen, who had four children – only one lived to adulthood – in secret at her famed Versailles palace to comfort her during the infant princess’s final illness. Farr adds that he followed up with letters written in code and invisible ink.

In one 1791 letter, Fersen gushed, “I love you and will love you madly all my life.” Farr believes she is the first person to have read it, as Fersen wrote in code and blacked-out the intimate passages. “That was very emotional – it was quite something to actually see it,” she tells PEOPLE.

And on January 4, 1792, Marie Antoinette wrote to him, saying, “I am going to close, but not without telling you, my dear and very tender friend, that I love you madly and never, ever could I exist a moment without adoring you.”

Farr says the couple used various methods to conceal their affair. She used the codename “Madame Brown” or “Mrs. B” – the name given to her by the Duke of Dorset, who was a great friend.

If she asked Fersen to write to him at the address of Madame Brown, he would know exactly how to proceed. He would write his letter and slide that envelope into another envelope, which would be addressed to an intermediary. “That person would know to pass the enclosed one along to the Queen,” Farr says.

One mystery still remains: Fersen had a codename of “Rignon,” the origins of which Farr hasn’t been able to trace. 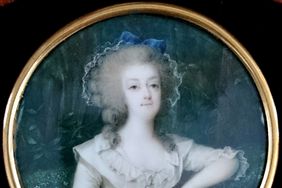 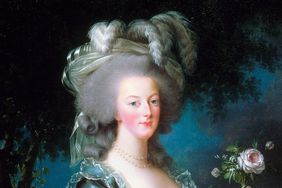 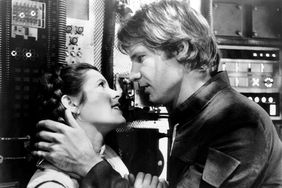 Unicorns are Real and Carrie Had an Affair: Some of the Most Surprising Facts We Learned in 2016