Princess Diana's niece and the millionaire fashion mogul wed on Saturday at a lavish ceremony in Frascati, Italy

Lady Kitty Spencer and Michael Lewis have tied the knot!

The 30-year-old niece of Princess Diana wed the millionaire, 62, in front of friends and family at a luxurious ceremony this weekend, which took place at Villa Aldo Brandini in Frascati, Italy.

The bride wore an intricate Dolce and Gabbana gown for the special occasion, with the luxury fashion house posting a behind-the-scenes look at the fashion-making gown on their Instagram. The Victorian-inspired piece features a high neck, puff sleeves and a cinched waist, which she paired with a lengthy train and subtle hoop earrings.

Joining Kitty on her special day were her brothers Louis Spencer, Viscount Althorp and Samuel Aitken walked her down the aisle, according to Daily Mail.

Also in attendance were Kitty's sisters, twins Eliza and Amelia, and Viscountess Emma Weymouth and her husband Ceawlin Thynn, the Marquess of Bath. Others like pop star Pixie Lott, Idris Elba's wife Sabrina, and Made In Chelsea star Mark Vandelli were there as well.

Although Prince William and Prince Harry are still close to their late mother's family, it does not appear that either royal attended the nuptials. Kitty was previously in attendance at both Harry and William's weddings.

News of the couple's engagement broke in January 2020, though the couple got engaged the month prior. That February, The Times of London revealed that Kitty would convert to Judaism before marrying Lewis.

This is the the South African fashion mogul's second marriage.

Much of the couple's romance has been kept under wraps. In an interview with Town and Country in May, Spencer said discussing her love life in public leaves her feeling "vulnerable."

"I just think, 'Really, what's that got to do with anyone else?' It shouldn't make a difference to anyone's day. Who I love or don't love, or have a crush on or don't have a crush on, or go on a date with, I don't know why that should be what somebody reads over their cornflakes," Spencer said. "As long as I keep it sacred, then it can remain so. As soon as I don't, I don't think you can get it back."

She later noted her hesitation stems from her desire for privacy: "It's not that I don't place an importance on love. It's because, for me, love is the most important thing in the world, and I will protect it with all my heart by not making it a topic of discussion. You open yourself up to other people having opinions, and it just isn't relevant to anybody's life but mine and my family's."

Italy has a special place in Spencer's heart, too. On top of studying in Florence for three years, the model made her catwalk debut for Dolce & Gabbana in 2017, though she almost declined the offer.

"It was terrifying!" she told Town and Country. "I was 26 and working full-time for a charity, and I loved it, but it's very different from that world of style. I went home and spoke to my family, and my mum said, 'Well, why don't you?'" 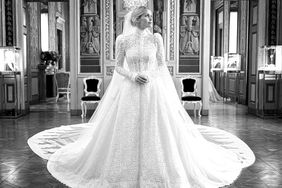 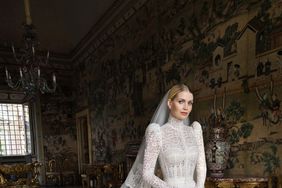 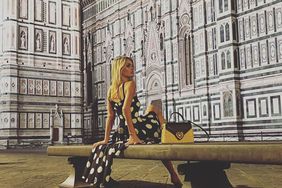