Kirstie Ennis, the amputee veteran who captured the admiration of Prince Harry when she walked 1,000 miles around Britain for his charity, is set to receive a top honor in the name of a fellow former soldier.

Former U.S. Marine Ennis, who had the majority of her left leg amputated following a series of injuries caused by a helicopter crash in Afghanistan, will be honored with the Pat Tillman Award for Service this week.

Tillman put his NFL career with the Arizona Cardinals on hold to serve with the Army Rangers in the aftermath of 9/11. Tillman was tragically killed in Afghanistan in April 2004. A foundation was set up in his name by friends and family, including his wife Marie Tillman. The award, which will be given to Ennis during the ESPYS on Wednesday, was established five years ago to honor an individual with a strong connection to sports who has served others.

“Pat lived his life with passion and conviction, driving forward in the face of any obstacle that crossed his path,” said Marie, who is co-founder of the Pat Tillman Foundation. “I see that same drive and courage in Kirstie as she continues to push the limits and achieve her best. We are proud to present the Tillman Award to Sgt. Kirstie Ennis for her service and leadership.”

Ennis tells PEOPLE, “It’s a tremendous honor. I absolutely admire him. I live my life in his footsteps day in day out.

“To even be celebrated alongside him, I can’t imagine a more tremendous award. My life has always been about looking forward. I look at his family and what they’re doing — honoring him in the way they are. It is beautiful.”

Ennis and Prince Harry bonded when she took part in a walk for one of his charities, Walking with the Wounded, in 2015. During the event she left mementos in memory of her comrades who died in the helicopter crash that she survived. After a series of operations and many setbacks, she has been an example in using the challenges of sport and extreme adventure to continue to push herself in her rehabilitation. In May, she had to call a halt to an attempt to be the first below-the-knee amputee woman to ascend Everest. She got to within 200 meters of the finish line.

“I tried,” she says, laughing about the magnificent attempt. “There’s no summit that’s worth somebody’s life. When I looked down onto my climbing partners’ faces, it wasn’t [worth it]. Going back down is worth it.

“It gutted me, it was the last thing I wanted to do. I had worked so hard – physically, mentally, emotionally and financially. I had spent so much money to get to that point.”

“My heart went into the bottom of my very fake left leg – but we did the right thing and I’m proud of that. I saw the summit and tasted the air. But peoples’ lives matter and I never, ever turn my back on that. We came home safe and we came home happy.”

In addition to continuing her climbing, she has another target. In the next year, Ennis is vowing to do seven marathons in seven continents

Ennis will receive the Pat Tillman award during the ESPYS on ABC on Wednesday at 8 p.m. ET.

“To be recognized alongside a true hero is an honor,” she adds. “I love the display of athleticism, but more importantly, there are a lot of great people there for humanity and I look forward to all of it.” 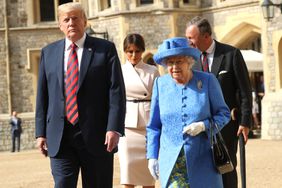