The princess, an art-history major in college, snapped pictures of her love during a royal tour of Canada in 2011

As one of the most photographed women in the world, Princess Kate is the one usually at the center of the camera’s lens.

But as a proud mother to 5-week-old Princess Charlotte and 22-month-old Prince George, the “keen photographer,” as a palace source calls her, has gone behind the camera to take countless shots of her royal children – and this time, she decided to share a few with the world.

Turning the camera on her favorite subjects is something, Kate, 33 – who majored in art history at the University of St. Andrews in Scotland – clearly loves doing. I watched from a few yards away when the princess – then a newlywed and on her first royal tour in July 2011 – got out her camera and snapped shots of husband William as he flew with a crew from the Canadian military.

As he swooped overhead several times, Kate observed with her Canon Powershot G12 in hand. (The public never got to see those pictures, but the following year, in November 2012, Kate released a series of shots of the jungles of Borneo from an earlier trip there with William.)

After the derring-do above the water in Canada, the couple then took part in a competitive dragon boat race. As they joined their teams, William called out to PEOPLE that he was confident of winning. Kate told me she was “slightly nervous.”

William won, but his wife got a conciliatory hug, and a famous image of that first tour was captured in the process. 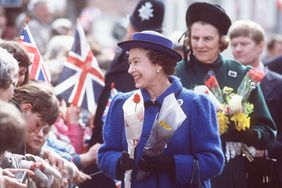 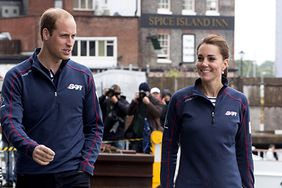 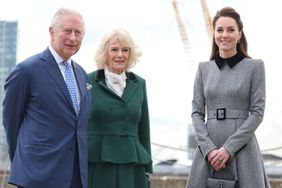