After wowing the world (again!) just hours after giving birth to Prince Louis on April 23, Kate Middleton is set to make her first public appearance since the birth at the royal wedding on Saturday.

Known for her love of fitness and sports, Kate seemed to bounce back quickly from her previous two pregnancies with Prince George and Princess Charlotte — so what’s her secret?

Fitness and wellness expert Louise Parker, who is reported to have worked with Kate after the birth of George in 2013 (she declines to comment), says consistency and dedication to a healthy lifestyle is key. “It’s about taking good care of yourself — living well,” Parker tells PEOPLE from her South Kensington clinic. “Exercise is important, but there’s no need for long, high-intensity workouts.”

Parker has worked with thousands of clients during 20 years of designing her Louise Parker Method and says that a third of her female clients come to her after having a baby.

“I don’t believe in really grueling workouts, especially if you’re post-natal,” she says. “Anything too aggressive can really exacerbate any anxiety,” notes Parker, who herself suffered from postpartum depression and used walking to help her overcome the illness. “They need to be challenged but build up slowly.”

So what exercises should new moms focus on? “Your posture needs a lot of auto-correction after pregnancy, so make sure you are opening up your chest, strengthening your upper back and your core,” says Parker, who advocates a method called cardio-sculpting. “It’s a really effective way of training, because it means you are toning and burning fat at the same time. Instead of doing a normal squat, we’ll have you doing something with your arms or a side kick to work the smaller muscles.”

Working with up to four clients at a time, Parker has a team of 50 personal trainers and dietitians who deliver her tailored body transformation programs worldwide, including a special program for pregnant and post-natal women.

“Finding that time is tough,” says Parker, herself a mother of three girls, “but if you can aim to a little something every day, chances are that means you might work out four times week and that’s wonderful. Consistency over severity is always better.”

As for her nutrition advice, Parker recommends “eating three meals, two snacks, eating very fresh and clean. We eliminate white carbs completely until we reach the goal. Breakfast might be bircher muesli with oat bran topped with blueberries and bananas, snacking on oat cakes with peanut butter before a lunch of grilled chicken skewers with a lentil and green bean salad. A mid-afternoon snack might be a smoothie or hummus on crackers, while dinner could be a choice of steak or sea bass with vegetables. I like to pump up my vegetables with garlic, ginger, herbs or lemon to keep things interesting.”

As for the pressure of a certain upcoming wedding, Parker (known in some circles as the “Figure Magician”) says, “If there is a big event, we don’t call it a cheat or naughty day, it’s just a glass of wine.” When it comes to the scale, “people obsess about numbers, how many pounds to lose but I say to my clients, ‘Just make sure you have done the best you can.’ Even if it’s only that you had a bath and a nice walk, everything you do has an accumulative effect.”

Having worked with many celebrities over the years (most recently Emma Thompson), the London-based body transformation expert — who has a new private gym in the Wellness Clinic in Harrods — says she has seen first-hand the challenges of body image pressure on those in the spotlight.

“It’s not easy for people in the public eye,” she says. “Yes, they have the resources, the best support network, nutritionists, personal trainers and teams like us behind them, but ultimately they have still got to do the work, turn that switch on and get it done.”

The weight loss expert is currently writing her third book, after the success of Lean For Life and Lean For Life: The Cookbook. 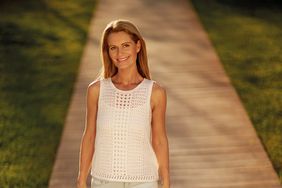 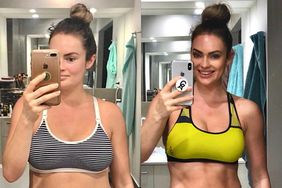 Sam Smith Debuts Even Slimmer Frame — Inside His Weight-Loss Transformation

6 Mom-Friendly Exercises for After Baby 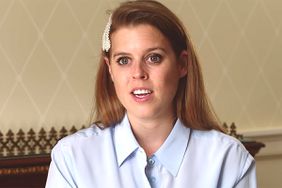 Harley Pasternak: Do This Every Day and You'll Lose Weight 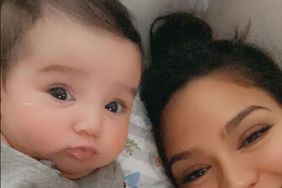 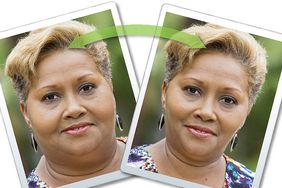 New App Shows What You Would Look Like Post-Weight Loss 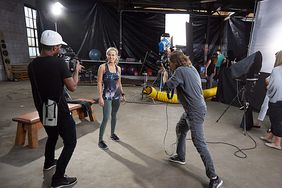