Kate Middleton and Prince William's backyard swing at their country home of Anmer Hall in Norfolk has a sentimental meaning.

The old-fashioned swing, which was featured in recent photos Kate took of her husband and their three children — Prince George, 6, Princess Charlotte, 5, and Prince Louis, 2 – was actually a wedding gift to the couple in 2011 and is engraved with the words "William and Catherine." (It's said that the gift-giver is William's dad, Prince Charles!)

"It was a wedding gift for Wills and Kate," an employee at The Oak & Rope Company previously told PEOPLE. The Kent-based company, which specializes in personalized contemporary designs in hand-carved oak, says the medium-sized swing – which costs $373, takes two weeks to craft and is hand-engraved.

The swing is made from solid oak, natural rope and hangs from a tree in the sprawling gardens of Anmer Hall, their family home in Norfolk. And it's been featured in family photos before! Prince George proudly posed on top of the swing in a portrait celebrating his third birthday in 2016.

Four years later, George's two younger siblings joined him for the sweet new shot of the young family enjoying time outside. The family of five has been isolating at their country home amid the coronavirus pandemic since mid-March.

Proud mom and amateur photographer Kate released the image, along with a few other candid shots — in honor of William's 38th birthday on Sunday, which coincided with Father's Day.

Last week, William shared a little insight into life at home with his kids, including their newfound love for spending time in the kitchen!

"The children have been attacking the kitchen and it's just been an explosion of flour and chocolate everywhere," the royal dad said, according to the Belfast Telegraph. 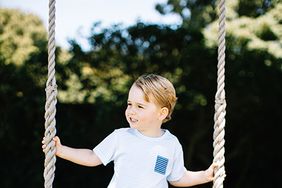 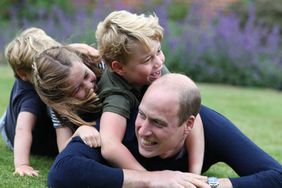 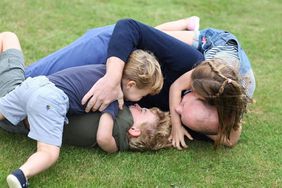 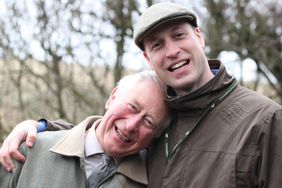