As Kate Middleton set out to photograph two Holocaust survivors and their families, she spent time getting to know them and their stories.

Kensington Palace shared three behind-the-scenes photos of the royal with the subjects of her striking new portraits — Yvonne Bernstein and Steven Frank — to mark Holocaust Memorial Day on Monday. The images will form part of a new exhibition that will open later this year, bringing together 75 powerful images of survivors and their family members to mark 75 years since the end of the Holocaust. Six million Jews were murdered by the Nazis before the 1945 liberation of the most infamous concentration camp, Auschwitz-Birkenau.

Kate is seen smiling and chatting with Bernstein, who was photographed with her 11-year-old granddaughter Chloe Wright. The black and white photos also show the mom of three speaking with Frank and his granddaughters Maggie and Trixie Fleet, 15 and 13.

“The harrowing atrocities of the Holocaust, which were caused by the most unthinkable evil, will forever lay heavy in our hearts,” Kate, 38, said in a statement. “Yet it is so often through the most unimaginable adversity that the most remarkable people flourish. Despite unbelievable trauma at the start of their lives, Yvonne Bernstein and Steven Frank are two of the most life-affirming people that I have had the privilege to meet. They look back on their experiences with sadness but also with gratitude that they were some of the lucky few to make it through. Their stories will stay with me forever.”

Kate Middleton Got Behind the Camera to Take Photos of Holocaust Survivors: See the Striking Images
Auschwitz Liberation 75 Years Later: Survivors Reveal How They Cheated Death

Justin Cohen of the Jewish News, who came up with the idea for the project, wrote that it was “important people know this was far from a ‘point and click’ job” for Kate. Instead, she was “at pains to ensure the survivors were comfortable with the vision and that the spotlight was on the heroes to be pictured and not the Duchess herself.”

“Before meeting Steven Frank and Yvonne Bernstein, The Duchess spent significant time preparing for the photography session, and once they had arrived she spent nearly two and a half hours with them, getting to know them and their stories, and taking their photographs,” Cohen said. “Why give you all this background? It’s crucial because it shows that our Royal Family are determined to follow up oft-repeated words of remembrance with practical steps as, day by day, we bid farewell to more survivors. It shows they are personally ready to take on the message of the survivor generation to challenge all forms of hatred wherever it rears its ugly head.”

Frank, 84, appeared on ITV’s This Morning and called Kate’s portrait “a beautiful, beautiful photograph.” In it, he holds a pan that his mother used to feed him and his brothers in the concentration camps.

“And the thing I really loved is Maggie’s little teddy bear lying there, so peacefully, in her lap,” he said. “It’s sort of made the whole photograph.”

The stuffed animal’s name is Abby, after the town of Abergavenny where the toy was bought by Frank and his wife. The couple bought each of their grandchildren teddy bears when they were born and named them for where they were purchased.

Frank’s granddaughter Trixie said Princess Kate “was really interested in our family and in Opa’s story, and the items we brought with us.”

Her sister Maggie added, “I think it helped put into perspective that he’s just our Opa — he’s our grandpa as well as a Holocaust survivor. It’s important to tell the story so it doesn’t happen again.”

Kate added in her statement accompanying the photos, “One of the most moving accounts I read as a young girl was The Diary of Anne Frank, which tells a very personal reflection of life under Nazi occupation from a child’s perspective. Her sensitive and intimate interpretation of the horrors of the time was one of the underlying inspirations behind the images. I wanted to make the portraits deeply personal to Yvonne and Steven – a celebration of family and the life that they have built since they both arrived in Britain in the 1940s. The families brought items of personal significance with them, which are included in the photographs.” 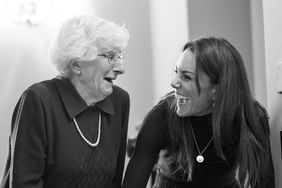 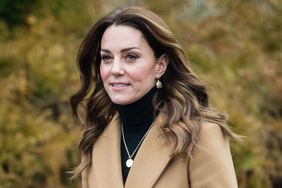 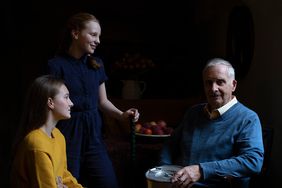 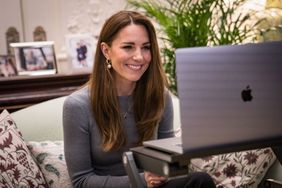 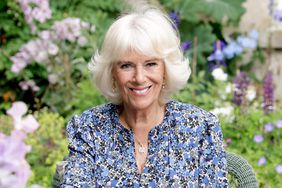 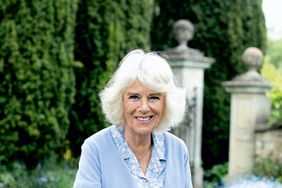 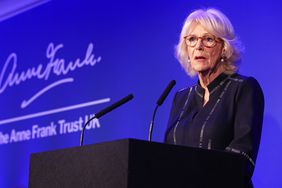 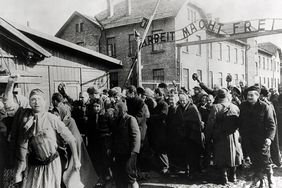 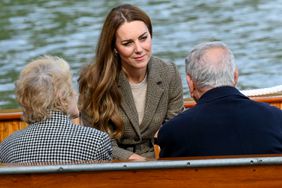