After meeting with leaders from various different faith and community groups at Khidmat Centre in Bradford, Yorkshire, on Wednesday, Kate, 38, chatted with the crowd and revealed that William, 37, doesn’t want any more kids.

While chatting with royal fan Josh Macpalce, who excitedly told the royal that he has sent cards congratulating her after each of her three children were born, she revealed that it is unlikely she will become a mom of four in the future.

“I don’t think William wants any more,” Kate told the 25-year-old as she and William stepped out for their first outing since news broke that Meghan Markle and Prince Harry will be stepping back as senior members of the royal family.

Macplace, who has autism and DiGeorge syndrome, which is caused by the deletion of a small segment of chromosome 22, held out his arms to Kate, who bent down and gave him a hug.

“Thank you for the hug,” she told him.

The Duke and Duchess of Cambridge appeared to be in good spirits despite Harry and Meghan’s shocking recent exit, with crowd member Rukshar Parveen, 20, saying William “didn’t let it show that the drama had been going on.”

“I love the Royal Family and I was really impressed with him.”

Kate’s comments about expanding her family while in Bradford come after she previously hinted at the idea in February of last year.

The royal mom of three admitted she was feeling “broody” as she met an adorable 5-month-old baby during her and William’s tour in Northern Ireland.

During her outing on Wednesday, Kate couldn’t help but rave over a proud mom moment she had with Louis about his “balancing” skills.

Kate Middleton Just Wore the Chicest Green Coat, and Now We Need One Too

While visiting with a grandparents-and-babies group, Kate joined in on a sing-along and chatted with the group.

Jo Broadbent, who cares for her 6-year-old granddaughter, chatted with the royal mom, revealing: “I asked how her children were. She said Louis had started to tell her ‘he’s balancing,’ and she said it was really nice to see him turning into a little boy from being a baby. She’s obviously very proud of her children.” 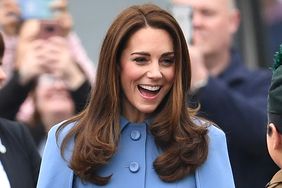 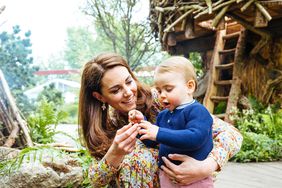 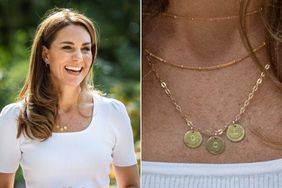 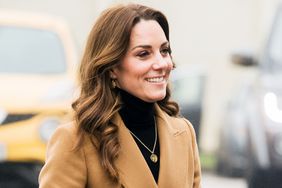 Did Kate Middleton Drop Another Hint That Her Family with Prince William Is Complete with 3 Kids? 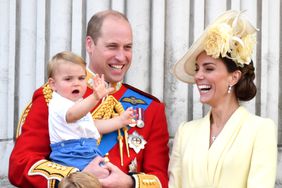