The Duchess of Cambridge is making her next big move in advocating for greater awareness surrounding early childhood development, an issue which she sees as "the social equivalent to climate change"

Kate Middleton has launched the Royal Foundation Centre for Early Childhood, marking the latest significant step in her long-term mission to help kids and parents.

The Duchess of Cambridge, 39, says she wants to "raise awareness of why the first five years of life are just so important for our future life outcomes, and what we can do as a society to embrace this golden opportunity to create a happier, more mentally healthy, more nurturing society."

The center cements a decade of work in public life, during which she has seen that so many of life's challenges, from mental health to addiction, can be rooted in difficulties faced by children and their families in the first five years.

And Kate clearly feels this is on a par with today's most pressing global issues. "The Duchess has made the observation that the more you learn about the science of early childhood, whether it's brain development, social science, what it means for our adult mental health, the more you realize that this is the social equivalent to climate change," says a royal aide, "but it is not discussed with the same seriousness or strategic intent that that issue is."

"And so, her mission for the last few years has been exploring what is the best way for her to build something, build relationships, her own knowledge, expertise, so that she can help position this work with that sort of importance."

The center, which will be staffed initially with half a dozen people, aims to promote and commission research, work with the public, private and voluntary sectors to come up with answers and create imaginative campaigns to raise awareness and inspire change.

Royal aides add that one of those areas might be to look at how to make the science of early childhood brain development compelling to a teenage audience that might be helpful for when they then become parents themselves.

The Duchess actually touched on this herself last week, saying at a meeting with U.S. First Lady Dr. Jill Biden at a school in Cornwall, "I'm really interested in how we can best prepare the next generation to become parents themselves. So, actually the focus isn't on parenting itself, but actually how can we give them the tools so they are having their babies and raising their children with these greater tools."

In setting up a royal center or standalone branch of the Foundation she shares with husband Prince William, she is following in the footsteps of her father-in-law Prince Charles, who set up the Prince's Trust and her grandfather-in-law Prince Philip who helped create the World Wildlife Fund.

There is no doubt that this is a formative moment for Kate in laying out who she sees her future royal role unfolding. Those close to her point to her understanding the unique position she is in — and a responsibility she feels — to take a leadership role in this area of society.

Last year, The Duchess led a nationwide conversation on the early years through the 5 Big Questions on the Under-Fives survey which received more than 500,000 responses. The findings from that survey showed that most people don't understand the specific importance of early childhood and revealed that the COVID-19 pandemic had resulted in a dramatic increase in parental loneliness.

The foundation is kicking off with a new report, Big Change Starts Small, that brings together all the research into the early years into one place. The report, which has been written in collaboration with The Center on the Developing Child at Harvard University and the London School of Economics, also reveals the $23 billion cost to society of the remedial steps needed to address issues — from children in care to short and long term mental and physical health issues — that might have been avoided through action in early childhood.

"Our first five years lay important foundations for our future selves. This period is when we first learn to manage our emotions and impulses, to care and to empathise, and thus ultimately to establish healthy relationships with ourselves and others," Kate says in a foreword to the report. "It is a time when our experience of the world around us, and the way that moulds our development, can have a lifelong impact on our future mental and physical wellbeing. Indeed, what shapes our childhood shapes the adults and the parents we become." 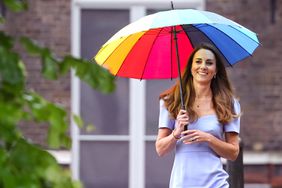 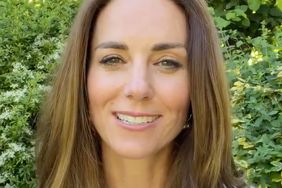 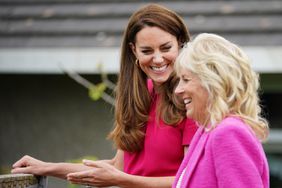 Kate Middleton Shares Her Passion for Empowering the Next Generation with First Lady Dr. Jill Biden 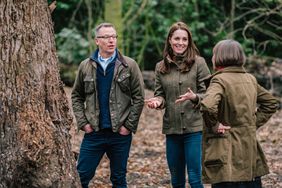 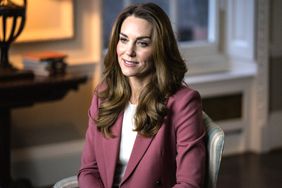 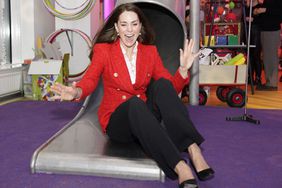