The Duke and Duchess of Cambridge are spending the day at St. Andrews University and the county of Fife

Kate Middleton and Prince William are back in the college town where they first met and fell in love — and showing off some of their competitive nature during a land yachting race.

The visit is a central highlight of their mini-tour of Scotland that kicked off on Monday. William and Kate, who met as college freshmen in 2001, "definitely had chemistry," Laura Warshauer, a New Jersey native and St. Andrews student who lived in the same dorm as the pair, previously told PEOPLE.

"Whenever Kate was in the room, Will was obviously paying attention to her," Warshauer added. "When we'd be sitting at lunch in the dining hall and the two of them would be talking, it was amazing to see how natural it was, how they had so much to say to each other. Looking back, there were all these small moments—certainly moments where I was like, 'Wow, this could really be something.'"

The royal couple, who both started student life at St. Andrews University almost 20 years ago, kicked off the day going head-to-head in a land yachting race — with William just beating his wife during the race on West Sands beach below the town.

"We were surprised as we expected the Duchess to win as she the more experienced sailor," Guy McKenzie, who runs Blown Away with his twin Jamie, tells PEOPLE.

But it wasn't all plain sailing for William. Towards the end of the 20-minute session, he got stuck in some wet sand, well away from the course. "Come on, granddad," Kate called out to him.

William squealed with competitive delight as he passed her during their limbering-up laps of the course up and down the beach. A couple of times Kate got becalmed as she made the turn — because she had moved too far into the headwind. At other moments, with too much wind in her sail, she veered on only two of the three wheels.

When their office at Kensington Palace announced the visits earlier this month, they couldn't resist a little reflection that the couple would take a "trip down memory lane" with their return to the university.

And as they recalled their university life, Wednesday was a time for fun.

"They said they were delighted to be back at St. Andrews, and they were looking forward to going to the university later," says Guy McKenzie of Blown Away. They had stayed in the town overnight after being in the Orkney Islands on Tuesday.

Land yachting wasn't available on the beach when the couple were at school between 2001 and 2005. "They said they would have loved to have tried it then," McKenzie adds. "They were recalling walking on the beach and the fact it was very, very windy." His brother chimed in: "They joked about the Scottish weather."

The couple were there to help a group of young carers have a day of respite out and about. The youngsters look after other family members, from parents, grandparents and siblings. 'They asked them about how COVID has affected them and how life has been during the pandemic for them."

"They were really engaging and relaxed with the young people. The young carers were shy at first, but I think once they had been out on the yachts they relaxed and had a great time. This has been a real treat for them," Kirstie Howell, service manager for Fife Young Carers, tells PEOPLE.

After the land yachting, they met with some current students to hear how they have coped during a year of studies fractured by the ongoing COVID-19 restrictions.

On Tuesday, they headed to the northeastern tip of the British Isles to see the island of Orkney, opening the new hospital and chatted with local children who lined the street near an environmental project they visited.

William has been in the country since Friday to undertake the more ceremonial role of Lord High Commissioner to the General Assembly of the Church of Scotland over the weekend. Kate joined him on Monday for their first joint outing to North Lanarkshire, where they visited Turning Point, a leading social care charity, to hear about the vital support that's provided to people with complex needs, including addiction and mental health challenges. Later on Monday, Kate, 39, tried her hand at some DJing and the couple also met with members of the Sikh community in Edinburgh. 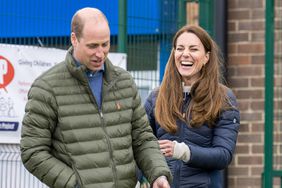 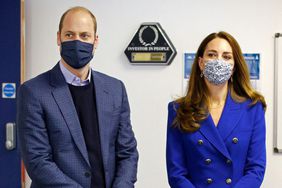 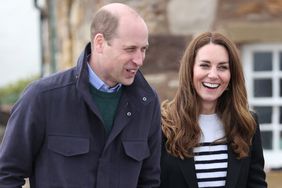 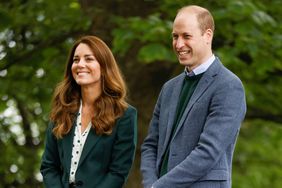