The couple began their trip at the iconic Blackpool Tower, where they joined a roundtable briefing about the town's recent history

Kate Middleton and Prince William took a trip to the seaside on Wednesday!

The royal parents left their three children back home in London as they visited the traditional resort of Blackpool on the northwest coast of England.

Kate braved the rainy weather in a Sportmax green coat over a green printed shirt dress from Michael Kors. She carried her matching Manu Atelier bag and accessorized with green amethyst earrings by jeweler Kiki McDonough.

In the shadow of its famous Eiffel Tower-like structure on the promenade, William and Kate walked on the Comedy Carpet (in the style of the Hollywood Walk of Fame) that decorates the pavement with catchphrases and depictions of jokes, songs and stories.

Blackpool is in an area of the U.K. that has not had an easy recent history, as would-be tourists have taken vacations abroad and the town has faced regeneration challenges.

The couple began their day at Blackpool Tower, where they joined a roundtable briefing about the town’s recent history and the investment efforts underway there before heading out to meet members of the public.

Will and Kate paused briefly as they entered the tower to look at a large mirror that was unveiled by Princess Diana in 1992. As they were told about the history, William smiled and said: “Fantastic. Amazing.”

In a moving speech, William said: “Blackpool has always been one of the United Kingdom’s most loved seaside towns. It is famous for its beaches, its promenade, its iconic venues, and its stunning illuminations.

“But there obviously is a sadder side to Blackpool that we will see a bit of today, and we shouldn’t attempt to skirt around this issue.”

“In the 1960s, when short haul package holidays abroad began to take off, coastal resorts like Blackpool began to suffer,” he continued.

“As the British people travelled further afield, Blackpool, once a jewel in the crown of the British tourism industry, bore the consequences of economic decline, testing times and a wave of unemployment.

“Dispiritingly, those challenges are felt very strongly today, and they are more pressing than ever.”

Later, they visited Blackpool Central Library to take part in separate discussions focusing on issues close to their hearts. Princess Kate, 37, who has been focusing much of her public work on early childhood, met with those involved in “A Better Start,” including health visitors, practitioners from the Family Nurse Partnership and parents.

William, meanwhile, met those affected by problems around mental health, including issues such as homelessness and addiction. The former air ambulance helicopter pilot also talked with representatives of the emergency services and first responder community to learn more about how they are helping people with complex mental health needs.

Their final stop will be outdoors at Revoe Park, a community garden and park that has been renovated thanks to involvement from A Better Start.

The park had previously been a known location for drug use, in an area of significant deprivation, but a long-term community-led initiative has transformed it into an open space where young children experience gardening and the outdoors, as well as providing space and activities that allow parents, particularly men, to talk about mental health. 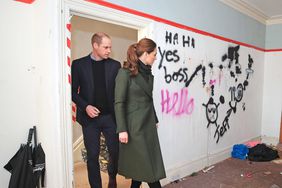 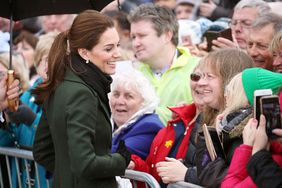 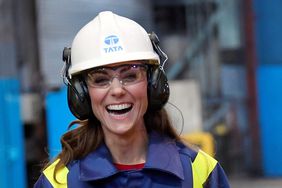 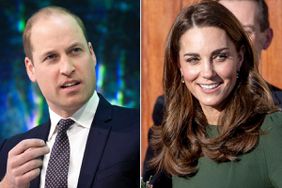