The soon-to-be royal mom of three didn't miss a beat!

After weeks of battling acute morning sickness, Kate Middleton slipped on her dancing shoes for an impromptu dance with the Paddington Bear on Monday morning.

And the royal mom didn't miss a beat as she fell into step with the cuddly character.

Kate was all smiles as she went for a spin — with husband Prince William watching proudly by her side.

The royals met the famed storybook character along with several children linked to the young royals’ charities.

Kate, William and Prince Harry even attended a special party for kinds involved in their charities.

The princess was not expected to attend the event and has stayed away from the spotlight since news broke in September that she is pregnant with her and Williams’ third child. Officials revealed at the time that Princess Kate is battling acute morning sickness, also known as Hyperemesis Gravidarum.

However, Kate seemed in high spirits on Monday on the train platform at London’s Paddington train station.

The outing marked Kate's second official appearance since she announced her pregnancy.

The soon-to-be mom of three wore a knee-length pale pink Orla Kiely dress with a black belt, which accentuated her tiny baby bump. 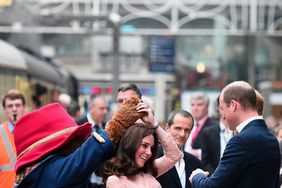 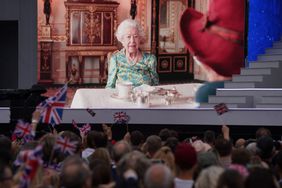 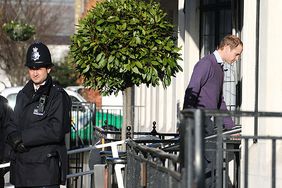 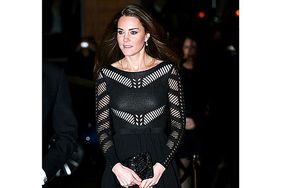