Princess Kate Hits the Second-Hand Store – and Tries on $22 Hat!

On Friday morning, Princess Kate took a 25-mile drive from her country house in Anmer to visit a second-hand shop in neighboring Holt. In a blue M Missoni coat (another rewear!), she browsed racks of dresses that are a world away from the bespoke fashions she wears at formal public events.

The new store benefits East Anglia’s Children’s Hospices, a cause that the royal mom holds dear.

Inside, she met volunteers and families who benefit from the charity’s support. The hospice currently cares for 700 children, young people and family members, including 300 based at the facility at Quidenham.

The royal was led around the store by Rebekah Hughes, 11, who receives care from the charity’s hospice in Quidenham. The young girl has Dravet’s syndrome, a severe form of epilepsy. Rebekah took Kate s hand and led her to the sparkling jewelry and a clutch bag from Gant that the little girl had spied.

“Rebekah had seen a little silver handbag that she liked, so she picked it up and showed it to her. They were chatting and looking at it, and looking at the brooches as well. It was a wonderful, wonderful moment,” Tracy Rennie, director of care at the hospice, tells PEOPLE. “It was priceless. She is someone who not only supports our charity but the families that we care for.”

Jane Campbell, service manager at the Quidenham hospice adds, She took so much time with Rebekah. She was so natural with her. They were looking at the brooches and discussing which one they liked. One of my colleagues has already bought it!

“We met the first time before she had her own children and even then she was so natural with them. She comes across as a wonderful lady and what a lovely mum, I’m sure. She was very drawn to the children’s section. She bought a Fireman Sam book and a little kitten figurine. It was the sort of thing a little girl would love. She was saying how George loves [the British children s TV show] Fireman Sam.”

Kate paid for the $3 book and $11/50 Beatrix Potter Tom Kitten figurine in cash, and before she left, she vowed to “pop in again privately.”

“We have promised her tea and cake when she does,” adds Rennie.

Perhaps she ll stop by to do a little hat shopping as she spotted one she liked during her visit.

“She said, ‘I like that hat,’ and popped it on, Rennie says. She recognized it as Boden.” (The royally-admired $22 hat has already been sold!)

With a tour of India and Bhutan set for April, Princess Kate is spending as much time as she can with her children, 2-year-old Prince George and 10-month-old Princess Charlotte. Today’s appearance is her last scheduled public outing for some time.

East Anglia’s Children’s Hospices, one of the first charities to be adopted by Kate soon after her 2011 marriage, is also trying to raise $14.5 million with the “Nook Appeal”, which Kate launched two years ago, to build a new hospice and provide other services in the county. 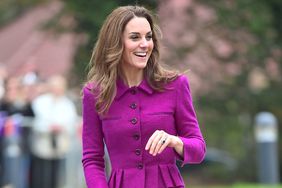 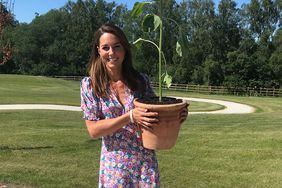 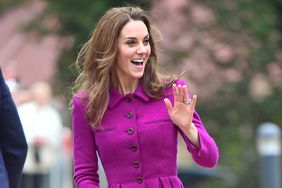 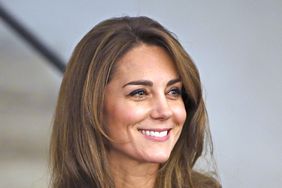