The Duke and Duchess of Cambridge revealed their kids' artistic sides!

Kate Middleton is one proud mom!

While in Galway for the last day of the Duke and Duchess of Cambridge’s three-day Ireland tour, Kate revealed new sweet details about her kids, Prince George and Princess Charlotte, as she and Prince William attended the Galway Community Circus.

The royal, who is also mom to Prince Louis, who turns 2 in April, shared that 6-year-old George has started playing music, while ballet-loving Charlotte, 4, has added gymnastics to her list of skills.

“I wish we could have brought George and Charlotte along, they would have loved it!” the royal mom of three, 38, said after watching a performance by a local band called NOOV. “And George is just starting to learn the guitar.”

After watching performers at the community festival, Kate said, “Charlotte is really into gymnastics, she’s doing cartwheels, handstands, everything.”

Kate Middleton Reveals What She Wants George, Charlotte and Louis to ‘Remember About Their Childhoods’

While their royal engagements keep both Kate and William busy, the parents make sure to spend quality time with their children.

Just last month, William and Kate slowed down their duties to be with Charlotte and George while they were on a half-term break from school.

During their time off, the kids helped out on the farm around their country home, Anmer Hall, in Norfolk — and even helped deliver some baby lambs.

“We’ve been lambing with the children this week,” William said. “Charlotte wasn’t sure at first, but George was straight in there. Louis loves the tractors.”

The royal parents are aware that their children live a life of tremendous privilege — and they are determined to keep their feet on the ground as much as possible.

In October, the family enjoyed an outing to watch William’s favorite soccer team Aston Villa take on Norwich. “It was natural and lovely,” an aide told PEOPLE. “That’s just how they are. They know what’s coming [as they near the throne] and want to give their kids as normal a start as possible.” 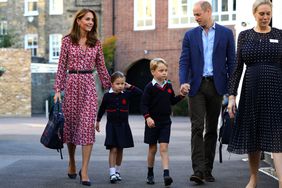 Kate Middleton and Prince William Are Giving Their Kids 'as Normal a Start as Possible:' 'They Know What's Coming' 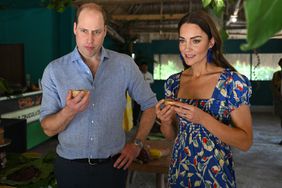