Kate Middleton does it all!

Just one day after going glam in gold for the red carpet premiere of the latest James Bond movie, No Time to Die, on Tuesday night, Kate and Prince William arrived in Northern Ireland Wednesday morning for a visit. During the outing, Kate was photographed smiling with a tarantula in her hand.

According to Kate and William's Twitter page, the tarantula's name is Charlotte — just like the couple's 6-year-old daughter!

Princess Charlotte shared that she has a fascination for spiders last year when each of Prince William and Kate's three children lended their young voices to a sweet video asking Sir David Attenborough questions about the natural world.

See Kate, Will, Charles and Camilla Cast Their Spell Over the Stars of No Time to Die

A tarantula wasn't the only create Kate and William met. Kate also held a duckling with the same smile she had during her tarantula encounter, while Prince William used both hands to handle a snake.

Kate and Prince William, both 39, are visiting a part of Northern Ireland that they have not seen before, according to their office. They arrived in Derry-Londonderry and met members of the community at Ulster University Magee Campus. They also met nursing student who they spoke to via video chat earlier this year about their studies during the pandemic.

Prince William and Kate, who are known in Northern Ireland as Baron and Baroness Carrickfergus — after titles given to them by Queen Elizabeth on their 2011 wedding day — last visited together in February 2019. Kate then headed over there in February 2020 as part of her research on childhood development and care, which also formed a simple survey, called "5 Big Questions on the Under Fives."

William then visited in September 2020, praising the emergency services for their work during the pandemic. On that day, the former air ambulance helicopter pilot spent time with the police, fire service and ambulance crews in Northern Ireland.

For much more on the couple and their 10-year marriage and what the future holds, pick up a copy of PEOPLE Royals, on newsstands now.

The royals are making special efforts to connect with the four nations of the U.K. at the moment. Charles, 72, and Camilla, 74, have been carrying out a number of duties in Scotland in the last few weeks and Queen Elizabeth, 95, is to follow suit in both Scotland and Wales in the coming weeks. 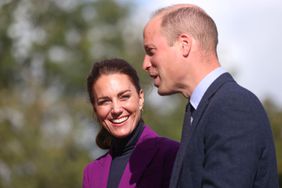 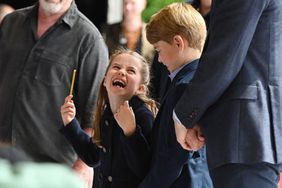