Kate Middleton is known for her luscious long hair — and now it seems she’s been secretly giving it away to charity.

When Kate got her hair cut at Kensington Palace last summer, she reportedly suggested to her hair stylist, Joey Wheeler (from London’s Richard Ward salon), that they make good use of the hair he chopped off. Between them, they decided to send the hair to a charity that makes wigs for children going through cancer treatments.

According to the Sunday Express, seven inches of royal hair was anonymously sent to a charity called the Little Princess Trust. The Herefordshire-based organization makes wigs from real hair and donates them to children who have lost their own hair through chemotherapy or radiation treatments.

“It’s lovely to think that somebody, somewhere — probably more than one person — has received a wig containing Princess Kate’s hair,” Helen Creese, a spokesperson for the charity, tells PEOPLE, adding: “It’s a really lovely thought and it’s fantastic for raising awareness, plus it’s gorgeous hair — we all lust after that hair!”

Founded in 2006 by parents Wendy and Simon Tarplee in memory of their daughter Hannah, who died from cancer in 2005, the charity has since funded over 5,500 wigs for sick children — both boys and girls — and it can take anything from seven to 10 donations to make just one wig.

This isn’t the charity’s first brush with fame! Harry Styles supported the charity in 2016 by cutting off his ponytail and donating his hair. A picture he posted on social media of him holding his lobbed-off hair attracted over two million likes.

As for tracking down which mini princess (or prince!) may have received a wig containing real princess hair, it’s a hopeless task, says Creese, who adds that many donations are anonymous.

“We like to thank everyone and send out little certificates to all our donors, but lots of people don’t fill in the paperwork and they don’t feel the need to be acknowledged in that way, but we are always very grateful,” he says. 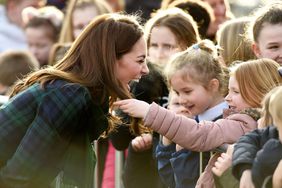 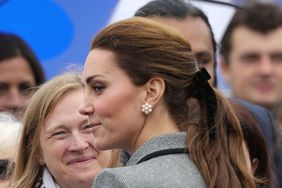 Kate Middleton's Secret to Dressing Up a Casual Ponytail (She's Used It Twice in One Week!) 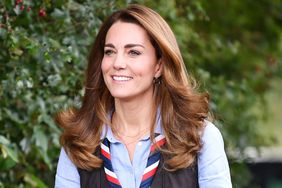 Kate Middleton Needed a Place to Change, and a Fan Had a Gift Waiting: The Sweet Story Revealed