Kate Middleton's younger brother is set to formally announce the engagement news next week, according to a report

Kate Middleton‘s younger brother, 32, privately proposed to Thevenet, a French financial analyst based in London, according to the Daily Mail, which added that he is set to formally announce the good news next week.

“They’ve been keeping the engagement secret, but news has started to leak out among their friends,” one of their friends told the outlet, adding that Thevenet “has been wearing a beautiful sapphire sparkler” on her finger.

Although the couple has kept their romance mostly under wraps, James brought Thevenet along to a family vacation in St. Barts with James’ sister Pippa, 36, and her husband James Matthews in January.

The couple was previously seen together in December 2018, when they went to the Henry van Straubenzee Memorial Fund’s Christmas Carol Service at St. Luke’s Church.

Over the summer, James also shared a candid photo of his golden retriever Mabel excitedly jumping into the pool as Thevenet sported a red bikini.

“I had the chance to grew up in six different countries: Germany, Indonesia, Chile, France, Belgium and England,” Thevenet said on her LinkedIn profile, in which she describes herself as having a “multinational background.”

Back in 2018, James’ mother Carole Middleton, opened up about her hopes for her son’s love life with U.K. newspaper The Telegraph, saying she hoped to have a “lovely daughter-in-law” someday.

“I’m definitely hands-on. I don’t find it complicated,” Carole said of her approach to motherhood. “My biggest fear [as her children grew up] was that I’d lose my family, but we’ve stayed close. There are times when they say, ‘Can you do this, or that?’ And I can’t quite. But they like the fact that I work. I have two lovely sons-in-law, and I hope I’ll have a lovely daughter-in-law.”

James previously dated actress Donna Air, who is seven years his senior and has a daughter named Freya.

Of course, James’ nuptials won’t be the only wedding on the royal calendar!

News of James’ reported proposal comes just over a week after Princess Beatrice announced her engagement to Edoardo Mapelli Mozzi.

The Queen’s granddaughter, 31, announced her engagement to the multi-millionaire property tycoon on Sept. 26 in a statement released by Buckingham Palace.

“We are both so excited to be embarking on this life adventure together and can’t wait to be married,” the couple said in a statement.

According to the palace, Mozzi proposed to Beatrice while on vacation in Italy in August. The couple traveled to Italy ahead of their friend Misha Nonoo’s wedding in Rome, which was also attended by Princess Eugenie, Prince Harry and Meghan Markle. 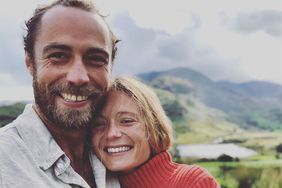 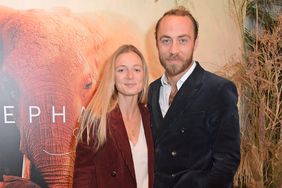 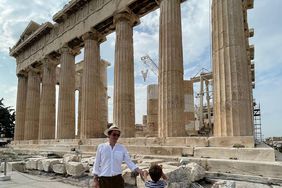