J.K. Rowling is hitting back at President Donald Trump

J.K. Rowling is hitting back at President Donald Trump.

In December, the author was made a Companion of Honor by Prince William at Buckingham Palace for her contributions to literature and philanthropy.

On Saturday, thousands of enthusiastic spectators lined the streets to greet the new Duke and Duchess of Sussex following their wedding ceremony.

In January 2017, Trump claimed he had the “largest audience to ever witness an inauguration,” according to The Washington Post at the time.

His obsession with the size of his inauguration crowd led him to contact the director of the National Park Service to produce photo proof that could back up his claims.

According to the Royal Borough of Windsor and Maidenhead, the royal wedding had a crowd of over 100,000 people to witness Harry and Meghan on their royal procession.

A multitude of people all over the world watched Harry and Meghan say “I do” in front of roughly 600 guests, including Queen Elizabeth, Prince Philip, Prince Charles, Camilla, Duchess of Cornwall, Prince William and Kate Middleton. Charles had a special role in the service, escorting Meghan down the aisle after it was confirmed that her father, Thomas Markle, couldn’t attend the wedding.

Following the ceremony, the newlyweds will climb into the Ascot Landau carriage from the Royal Mews to take them on their first horse-drawn journey through the streets of Windsor to the delight of cheering fans. 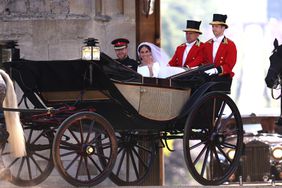 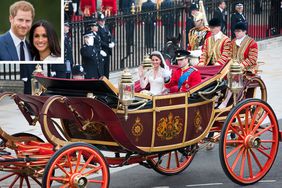 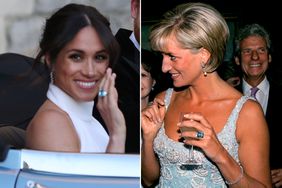 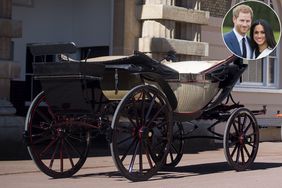