When the time came for his first romantic getaway with girlfriend Meghan Markle, Prince Harry knew just the place.

The royal, 32, whisked the Suits star, 35, to the tiny Norwegian town of Tromvik during their first overseas vacation — a town with no restaurants, cafés or even a single shop.

“They were very discreet,” Tromvik local Julie Lilanda tells PEOPLE, noting of the scenic spot, “We have a lot of whales and the Northern Lights in Tromvik, which is perfect for tourists to see.”

Yet the trip wasn’t entirely free of home comforts. According to multiple reports in the Norwegian media, Harry and Markle stayed at the luxury Tromvik Lodge during their stay.

Set on the shoreline of the Norwegian Sea, the Lodge — which costs $374 per night — offers panoramic views of the ice-clear water and surrounding mountains in total solitude.

Better still, it boasts an outdoor Jacuzzi, enabling visitors to gape in awe at the northern lights while warding off the winter chill. (Temperatures average around 28 degrees this time of year and were as low as 5 degrees during Meghan and Harry’s visit.)

Should visitors want to venture into the surrounding fjords to whale watch, that can also be arranged for $222 per day.

Harry isn’t the only royal to have set foot in the area recently — Crown Prince Haakon of Norway recently visited with members of the Dutch royal family.

“It’s a very picturesque spot with a panoramic view of the ocean,” local Stig Jakobsen explains to PEOPLE.

“At this time of year the bay is literally full of whales — a ridiculous amount of whales, because they come in to eat the herring, which swim into the fjords near there.

“It is very popular with winter tourists because of the Northern Lights and the whales, of which we have an enormous amount. You can basically go in boats to within 10 feet of a huge whale. So it is quite spectacular.” 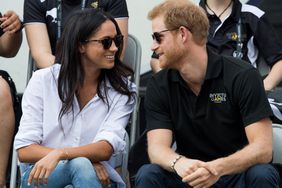 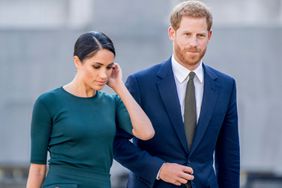