Seems Harry may have a new style consultant. Hmmm.

In Meghan Markle, Prince Harry found a fiancée and equal partner — he also got a masterful style influencer.

That was evident on Tuesday, when Harry stepped out alongside Meghan for a royal engagement in London wearing a coat from one of Meghan's favorite stores: Club Monaco. He wore the brand's $398 Wool Topcoat in Olive, which is still available in most sizes. Harry also wore a gray sweater over a white shirt with jeans and gray suede shoes.

Could the coat be a gift from his fiancée? It makes sense, as Meghan herself is a fan of the Canadian, New York-based brand. She even wore a Club Monaco dress to Christmas with the royal family at Sandringham, choosing the burgundy velvet "Tay Dress" to wear underneath her camel-colored Sentaler coat.

Harry has been upping his style game among other things in recent months. Among other changes: He's been going to the gym more frequently, gave up pizza and has been renovating Nottingham Cottage at Kensington Palace.

When it comes to learning what Meghan likes, a source previously told PEOPLE: "He has been catching up quick." 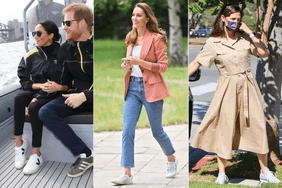 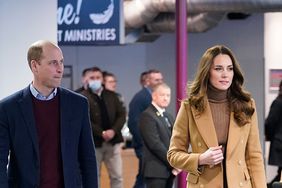