'Family Is Going to Be Very Important' for Meghan Markle Around the Holidays, Says Source

"It will be nice for them to be around people that love them," a source tells PEOPLE

As Meghan Markle and Prince Harry prepare for their upcoming six-week break with son Archie, spending time together as a family will be top priority.

Although the palace is not commenting on how the young family will spend the break, they will likely visit Meghan’s hometown of Los Angeles, where her mom Doria Ragland, a yoga instructor and social worker, lives.

“This is Archie’s first Thanksgiving,” a source tells PEOPLE in this week’s issue, “and family is going to be very important for Meghan for the holidays.”

“This would also be Harry’s first Thanksgiving in the States,” adds the source. “It will be nice for them to be around people that love them and have him understand her traditions too.”

Harry and Meghan recently gave fans a rare glimpse of their royal lives in the ITV documentary Harry & Meghan: An African Journey — including both the happiness and the hardships.

“It’s hard. I don’t think anybody can understand that, but in all fairness, I had no idea,” the royal mom said of the relentless attacks from tabloids. “Which probably sounds difficult to understand here, but when I first met my now-husband my friends were really happy because I was so happy.”

Meghan added, “But my British friends said to me, ‘I’m sure he’s great but you shouldn’t do it because the British tabloids will destroy your life.’ And I very naively — I’m an American we don’t have that there — said, ‘What are you talking about? That doesn’t make any sense! I’m not in tabloids!’ I didn’t get it. So, it’s been… yeah, it’s been complicated.”

Several insiders say the couple are eager to escape the intense tabloid scrutiny in the U.K.—maybe even by establishing a second “base” in the U.S., Canada or Africa. “It’s not possible for them to be [in the U.K.] like this,” says a source. “There’s more pressure now. There’s a shift that is happening.”

Archbishop of Canterbury Justin Welby, a close friend of the couple’s, told The Sunday Times they deserve time off. “I don’t know why it should be a point of criticism that they take leave to spend time with a new baby in the way that the law provides for every single employee in this country,” he said. “They’re not superhuman…You can’t lay that kind of extra burden on people.” 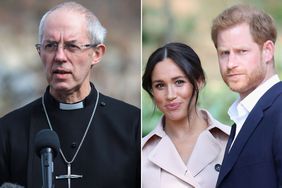 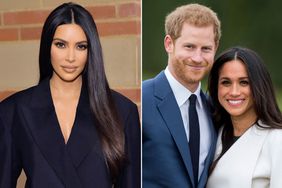 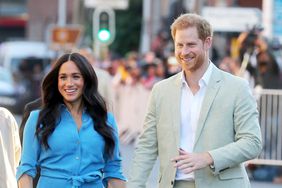