From Prince Charles and Camilla's romance to Queen Elizabeth's relationship with her sister Princess Margaret, here's what is fictionalized on the new season of The Crown

As the third season of The Crown kicked off on Netflix on Sunday, the perennial question of how much of it is true raged among royal fans — and historians — once again.

Robert Lacey, whose book The Crown: The Official Companion Vol. II is out this week, uses his insight and expertise to explain some of the deliberate anomalies.

Did Princess Margaret really go to her father’s private secretary Sir Alan “Tommy” Lascelles and ask to take her sister’s place as Queen?

“No. It was imagined,” Lacey tells PEOPLE. “But it stems from an implicit situation and tension between the two princesses. There was very little sense of Margaret being brought up as her sister’s deputy, which she was until Charles was born. There were definitely times as Margaret came of age when her parents just pushed her away from any thought of serious responsibility. In the end, in as much as Margaret became a successful partner to her sister, it was in areas like the arts, and ballet and opera — which accorded with her natural tastes.”

Intriguingly, it mirrors what has been said of Prince Harry offering to take over if Prince William didn’t want to be King when they were young.

“Royal rivalry provides a very rich theme which The Crown doesn’t have to invent,” Lacey says. “When it came to Elizabeth and Margaret, the Queen’s pain about Margaret was always subdued. I’m not aware of her confiding to friends any negative remarks about Margaret. It was always couched in terms of ‘what shall we do about Margaret?’ And Margaret kept a supportive public stance of great loyalty to her sister. It is partly to do with the fact that the Queen Mother lived on.”

Did Princess Margaret win over the bailout for the U.K. from President Lyndon B. Johnson in Nov. 1965?

Margaret, who was on a tour in the U.S. with husband Lord Snowdon, was seen enjoying a raucous party with the president in the show’s second episode.

“There was an element of a royal using soft power, as it were, to help with commercial advantage,” Lacey tells PEOPLE, adding she wasn’t crucial to winning the help for the U.K. “It is an example of a solid historical theme being transposed dramatically for the sake of the drama. It takes an important and valid theme and shifts the facts around to make it dramatically obvious. She tried to play a role in these years. Britain was saved by American financial help but this exaggerates Margaret’s role.”

Was Prince Charles sent to exile on a naval excursion to test his relationship with Camilla?

Charles, who was in love with the then-Camilla Shand, did indeed go away to sea. Camilla then married her other suitor, boyfriend Andrew Parker Bowles. The Crown sets it up with Louis Mountbatten intervening and getting Charles posted abroad for several months.

“It may be that Mountbatten was involved in something like that but certainly not true that he colluded with the Queen Mother. They loathed each other!” Lacey reveals.

“But it is possible that Mountbatten — and the papers that might confirm that are still not public — acted on family concerns and he would have been the channel to accomplish that,” Lacey continues. “Or it may simply have been that Mountbatten, off his own bat, thought the relationship should be tested in the naval way with a period abroad.”

Did Prince Charles Tell His Uncle David — the former King Edward VIII, and the most recent Prince of Wales — that Camilla Was “the One?”

“That is dramatic license,” says Lacey. “But we know that Charles had a fascination and interest in the obvious example of the previous Prince of Wales.”

Joining Charles’ relationship with Camilla alongside Edward VIII’s with divorcee Wallis Simpson, it was to remind viewers that “love can almost bring down the monarchy.” Lacey adds, “There is something poetic about the fate of these two Princes of Wales and they both had destinies they didn’t expect.”

“When it came to Charles’ Investiture [in episode six], you see there is a definite sense of rivalry with his uncle David.”

Did the Queen visit the ailing Winston Churchill in bed and kiss him on the head?

“That is imagined,” says Lacey. “It is intended to show how close the Queen was to Churchill. He was like the father figure she never had as her father died young. If she had a father figure who mentored her as Queen in the political role and constitutional role in particular it was Churchill. And she established these weekly audiences that have come to mean so much to her.”

Was Princess Anne confronted about her romance with Camilla’s future husband?

In episode nine, a committee of senior members of the family ask Princess Anne about her dalliance with Andrew Parker Bowles (who would go on to marry Charles’ love, Camilla). She arrives in her car (somewhat surprisingly) singing along to David Bowie’s “Starman” playing on her car radio.

“That formalizes what might have happened,” says Lacey. “All through this, none of this is done casually. There is a large research team and go through all the facts and whether to depart from history and what the reasons for doing so might be.”

Did Prince Philip rediscover his religion amid the moon landings?

The episode “Moon Dust” captures the royal family’s fascination with the moon landings and space. The plot focuses on Prince Philip in particular as he watches the moon landings and becomes intrigued by these men and “believes they must have acquired some secret of existence by the great adventure they have been on,” Lacey says. “But he meets them and finds them as quite ordinary individuals. This turns him towards the Christian religion and is a factor in him finding his faith, through St. George’s House in Windsor. When you see it on television, it makes it seem he is disenchanted with the moon men and this turns to the Christian faith. But in reality he had found the faith — in the old-fashioned church he had originally spurned — shortly before the men landed on the moon.”

Did Queen Elizabeth’s uncle, the Duke of Windsor, apologize for abdicating on his deathbed?

The Crown shows a scene of Queen Elizabeth making a last-minute visit to see her uncle — who abdicated the throne to be with his American love, Wallis Simpson — as he was close to death in Paris. During the exchange, he apologized for giving up the crown and gave her a stack of letters from Prince Charles opening up about his love for Camilla.

In an excerpt of Hugo Vicker’s new book published in The Times, the historian says that the Queen did see her uncle in 1972, 10 days before he died — however, the visit was long planned and he called the fabricated apology “absurd.” As for the letters from Charles? Another dramatic addition, as they did not exist.

Did Princess Margaret’s affair with a younger man lead to her separation?

Princess Margaret escaped to the island of Mustique, where a romance with Roddy Llewellyn, a gardener-turned-unsuccessful pop star 17 years her junior, blossomed. The two had met at the country home of Colin Tennant, whose wife was a good friend and longtime lady-in-waiting to Margaret, in 1973.

A private photo (not taken by paparazzi, as seen in The Crown) was leaked of the duo swimming in the pool, edited to look as though they were alone — leading to mounting issues with her husband, Lord Snowdon. In 1978, after almost 20 years of marriage, they announced their divorce.

Did the Queen have an affair with her horse racing manager?

The Crown hints that a romance blossomed between Queen Elizabeth and Lord Porchester during their trips to France and America to visit racing stables. However, Vickers says that there was no affair between the two — and they were never away together for long. In fact, many of her equestrian-related trips were accompanied by Lady Porchester, whose brother lived in Kentucky, or Prince Philip.

Was Prince Philip blackmailed by a Soviet spy in the royal household?

It’s true that Anthony Blunt, surveyor of the Queen’s pictures, was revealed as a spy in 1964 — however, the portrayal of Blunt blackmailing Prince Philip with secret sketches that would link him to the Profumo political scandal is “ludicrous,” according to Vickers.

Princess Alice did come to live at Buckingham Palace in 1967, but her stay was not like it was portrayed in The Crown, according to Vickers. She stayed in a spacious first floor bedroom of the palace, not a small place in the attic as seen in the Netflix show.

And while The Crown showed a tense relationship between Princess Alice and Prince Philip, the Queen’s husband wanted his mother to come stay with them — and had for some time. It was only after a formal invitation was sent by Queen Elizabeth that Alice agreed. 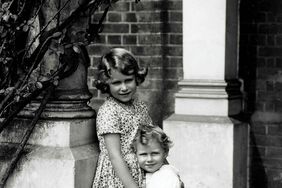 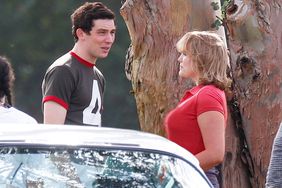 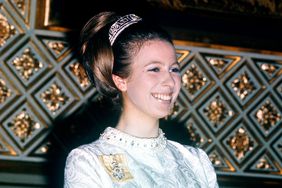 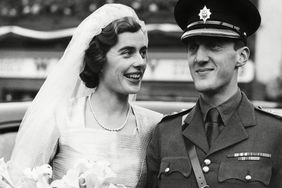 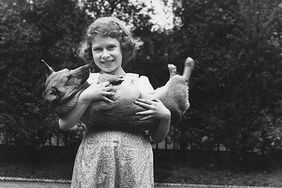 The Queen Before She Was Queen: A Look Back at Princess Elizabeth 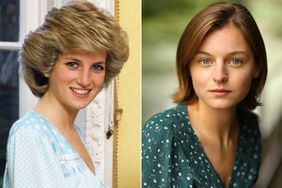 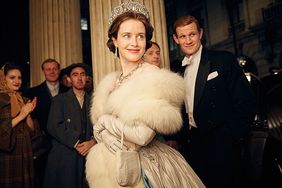 10 Books to Read If You Loved 'The Crown' 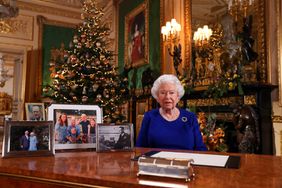