The Crown's Emma Corrin Reacts to Criticism Over Princess Diana Portrayal: 'I Understand'

The Crown's Emma Corrin knows not everyone is going to love her interpretation as Princess Diana.

During an appearance on the Tamron Hall Show, the actress reacted to reports that the royal family and even members of British Parliament are unhappy with the Netflix drama's characterization of Princess Diana and Prince Charles is the newly premiered fourth season.

Corrin also explained that The Crown creator Peter Morgan created a fictional series although it's based on real-life people.

"We approach these people that we play as characters, which is why it's such a joyous job because Peter writes such rich and complex characters," she said.

Morgan recently appeared on the show's official podcast to speak about season four's fabricated scenes, particularly in the first episode where Prince Charles (played by Josh O'Connor) is scolded by his great-uncle Lord Mountbatten (Charles Dance) for his romantic affair with Camilla, who is already married to Andrew Parker-Bowles.

On the show, Lord Mountbatten wrote a letter accusing Prince Charles of bringing "ruin and disappointment" to the family — and insists he finds "some sweet and innocent well-tempered girl with no past" to marry. The letter is received by Charles only after Lord Mountbatten was assassinated by the IRA.

There may be no record of such a letter in real life, but Morgan said the scene represented the two men's relationship and opinions on the matter.

But O'Connor reiterates that they're not trying to get all the facts correct for the show.

"There's a fascination with the royals, and sometimes people will want to believe that this is what happened," he said. "I think it's just always worth checking in and remembering that this — we're actors, and we're not real, and it's not a real story." 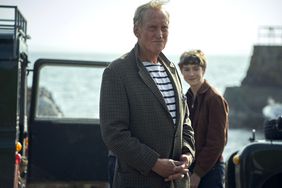 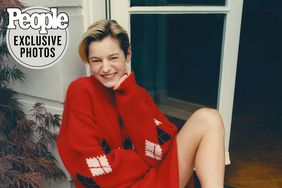